Lessor CDB Aviation has completed the delivery of the last of 10 Airbus A320 aircraft to Indonesian low-cost carrier and Lion Group affiliate Super Air Jet.

The 10 A320s were delivered over a period of 18 months, says CDB Aviation, the Irish unit of China Development Bank Financial Leasing. 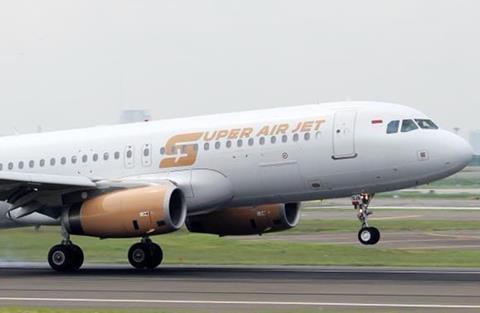 “We are pleased to have been part of the launch of Super Air Jet as they eye further growth in their share of Indonesia’s domestic market, expanding their low-fare route network and connecting all key regions of the country,” says Ryan Barrett, CDB Aviation head of commercial.

It is headed by Ari Azhari, who was formerly with Lion Group. Though the carrier’s ownership structure is unclear, it is understood to controlled by Lion founder Rusdi Kirana.

Cirium fleets data suggests that Super Air Jet has 34 A320s, all of which are leased. Other prominent lessors with aircraft at the carrier are Avolon with 10 aircraft and Carlyle Aviation Partners with six.