The carrier, which claims to target the millennial traveller market, lists six cities it will fly to, including to Palembang, Batam, Medan as well as Jakarta. It adds that it will operate once daily to these cities. 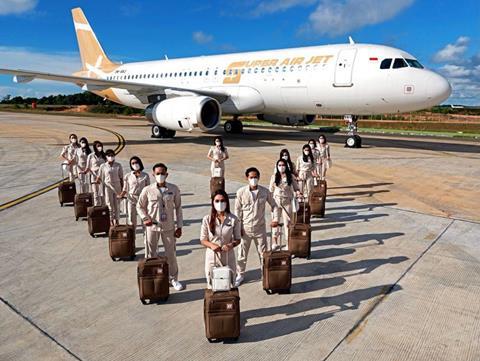 Super Air Jet was coy about a launch date, except to say that it is “preparing…for our inaugural flight…which will be scheduled soon”.

“Various steps have been taken so that the upcoming inaugural flight will run according to schedule and meet aspects of operational standards of safety, security and comfort of air travel,” the carrier states.

It will operate a low-cost model, beginning first with domestic, point-to-point flights, before expanding to international destinations. It adds that its domestic network will largely comprise cities “in demand with tourists and young business people”.

Super Air Jet received its AOC in late-June, and has been cleared to start operations with three Airbus A320 aircraft. Cirium fleets data shows that the three jets are managed by three separate lessors: CDB Aviation, Orix Aviation, and ICBC Leasing.

The carrier is headed by former general manager in the Lion Group Ari Azhari, though its actual ownership structure is unclear.