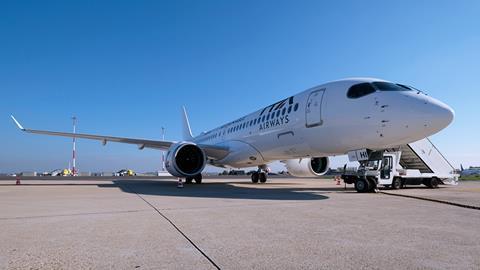 ITA Airways’ first Airbus A220 twinjet will sport a sustainability-themed livery when it enters service in the coming days.

The Pratt & Whitney PW1500G-powered A220-300 is due to begin operations on 16 October, the Italian carrier said on 11 October, having arrived at Rome Fiumicino airport this week. 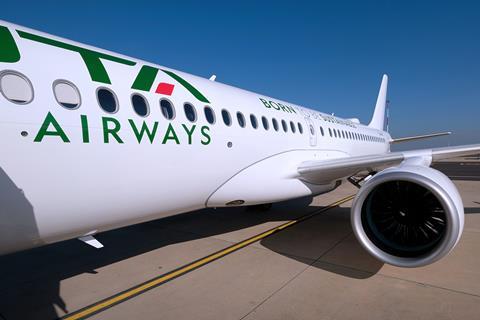 The special ‘Born to be Sustainable’ livery reflects the A220’s relative efficiency, ITA states, citing a “25% reduction in emissions of CO2 per passenger” compared with previous-generation aircraft. 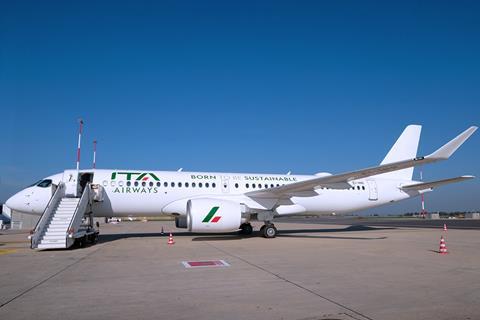 Speaking at the Farnborough air show in July, ITA chief executive Fabio Lazzerini said the airline would take delivery of four A220s this year and expects to have received 25 by the end of its 2025-2026 business plan, “replacing mainly A319s”.

Alongside incoming A320neos – the first of which is due for delivery in the coming weeks – the A220s will also replace older A320s.

Lazzerini explained that having started the year with 52 aircraft, ITA expects to end 2022 with 76 in service.