Tewolde GebreMariam is to take early retirement after more than a decade at the helm of Ethiopian Airlines because of ill-health.

GebreMariam has been undergoing medical treatment in the USA for the last six months and is taking early retirement to focus on his treatment. 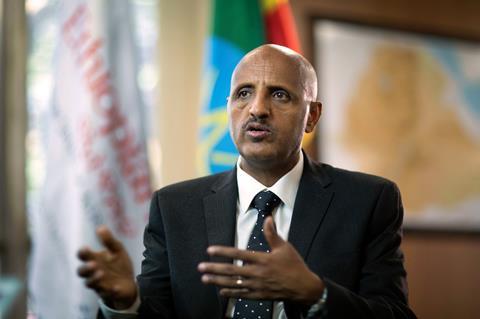 Tewolde Gebremariam has served as chief executive of Ethiopian Airlines since January 2011.

More recently he faced the challenge of a fatal crash of one of its Boeing 737 Max aircraft in March 2019, which prompted the global grounding of the type and after which Ethiopian is only now restoring Max flights, as well as successfully developing its cargo business to counter the sharp drop in demand from the pandemic.

Ethiopian has also disclosed that another established figure at the airline, former chief executive Girma Wake, was recently appointed chairman of the airline. Wake had served as chairman of RwandAir after leaving Ethiopian.

The airline says the board will announce GebreMariam’s successor as chief executive shortly.