Lufthansa says its finance department will be “re-established” with Steenbergen’s appointment. The airline’s previous finance chief, Ulrik Svensson, stepped down in April for health reasons. Lufthansa’s then-head of IT, digital and innovation, Thorsten Dirks, additionally assumed responsibility for part of the finance department, but then left the airline group in June.

Group chief executive Carsten Spohr took over responsibilities for the finance department on an interim basis. 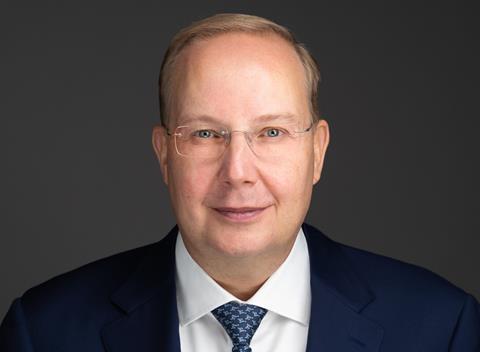 Supervisory board chairman Karl-Ludwig Kley credits the incoming finance chief with “excellent financial expertise from various companies and industries”, and also with having “impressed the supervisory board with his personality”.

Kley adds: “Especially now, when the pandemic is having such serious consequences for air travel, an internationally experienced and well-respected CFO is more important than ever for Lufthansa Group: not only to overcome the current crisis but also for the coming years, when we have to – and want to – pay back government stabilisation funds.”

Prior to joining Barry Callebaut Group in 2018, Steenbergen worked for nearly 20 years at Philips and served most recently as finance chief of the Dutch group’s HealthTech division, his LinkedIn profile indicates.