Malaysia start-up MYAirline will commence services in Malaysia from 1 December, flying to three destinations in the Southeast Asian country.

From 1 December, MYAirline will operate to Langkawi, Kuching and Kota Kinabalu from its hub at Kuala Lumpur International Airprort Terminal 2, says the carrier. 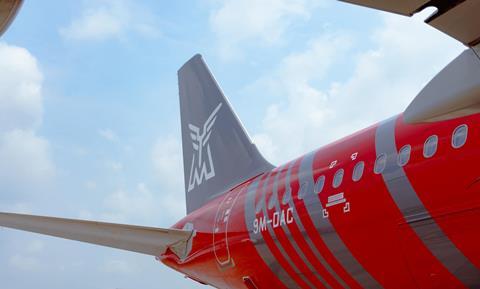 From 2 December, all three destinations will be served twice weekly, with Kuching and Kota Kinabalu to be served three-times-weekly from 23 December.

The launch of services follows the carrier’s 17 November announcement that it had received its Air Services License from the Malaysia Aviation Commission.

“We will be increasing our flight frequency as our domestic network expands and plan to start flying in the ASEAN region latest by Q2 2023,” says chief executive Rayner Teo.

“Providing this capacity for the community will attract more travellers and stimulate Malaysia’s tourism growth.”

MYAirline has three leased Airbus A320s with 180 economy seats. In an October interview with FlightGlobal, Teo said that that he sees the fleet conservatively growing to 50 aircraft within five years.