The carrier has received a new Air Operators Certificate, allowing it to operate as Batik Air from 28 April 2022, says Malindo. 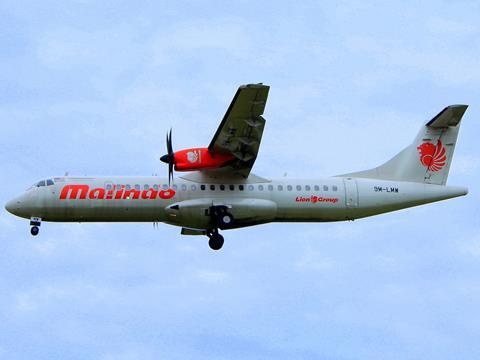 The exercise reflects the group’s ambition to have a common identity for its full service carriers. Malindo says the change will help improve transfers at its Kuala Lumpur International Airport, where it is based.

“With the rebranding exercise and the reopening of the borders taking place in the region, we are very excited for the opportunities presented to us for the potential growth of our airline and with the new brand, we will be able to offer fresh and new services,” says chief executive Mushafiz Mustafa Bakri.

The rebranding will be undertaken in phases, adds the airline. It also will add an unspecified number of Boeing 737s to its fleet.

Malindo Air commenced operations in March 2013 followed by Batik Air in May 2013, at a time of strong growth of the Lion Group on the back of big orders from Airbus and Boeing.

Malindo is 49% owned by Lion Air Group, with 46% held by Sky One Investors and 4.99% by Malaysia’s National Aerospace & Defence Industries, or NADI. The carrier has the distinction of operating the first ever commercial flight of the Boeing 737 Max 8 on 22 May 2017 on the Kuala Lumpur-Singapore route.