Mandarin Airlines has confirmed that it will be retiring its Embraer E190s over the next three years, but remains coy about what will replace the regional jets.

The China Airlines subsidiary confirms with FlightGlobal that it will phase out its fleet of six E190s — all of which are on lease — from October. 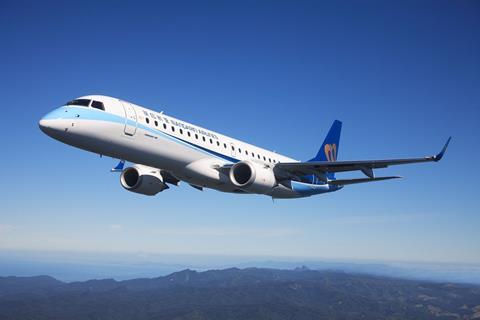 Cirium fleets data indicates four of the E190s are leased from GECAS, with the remaining two from TrueNoord Meihua.

On what aircraft could replace the E190s, the carrier states: “[Mandarin Airlines’] future aircraft model replacing these E190s is to be included in China Airlines Group short-haul fleet renewal plan in the near future.”

Mandarin Airlines also has seven ATR 72-600s in its fleet, which it began operating since late 2017. It has two more ATR 72s on order.

The turboprops operate domestic routes, allowing the E190s to focus on international routes.