Myanmar Airways International (MAI) has taken delivery of its first of two Embraer E190s, which it will utilise on domestic routes.

The aircraft, registered M-ABNH, arrived at Yangon on the morning of 26 October, having flown in from Guangzhou. The carrier signed a lease agreement with CDB Aviation in February for two E190s. 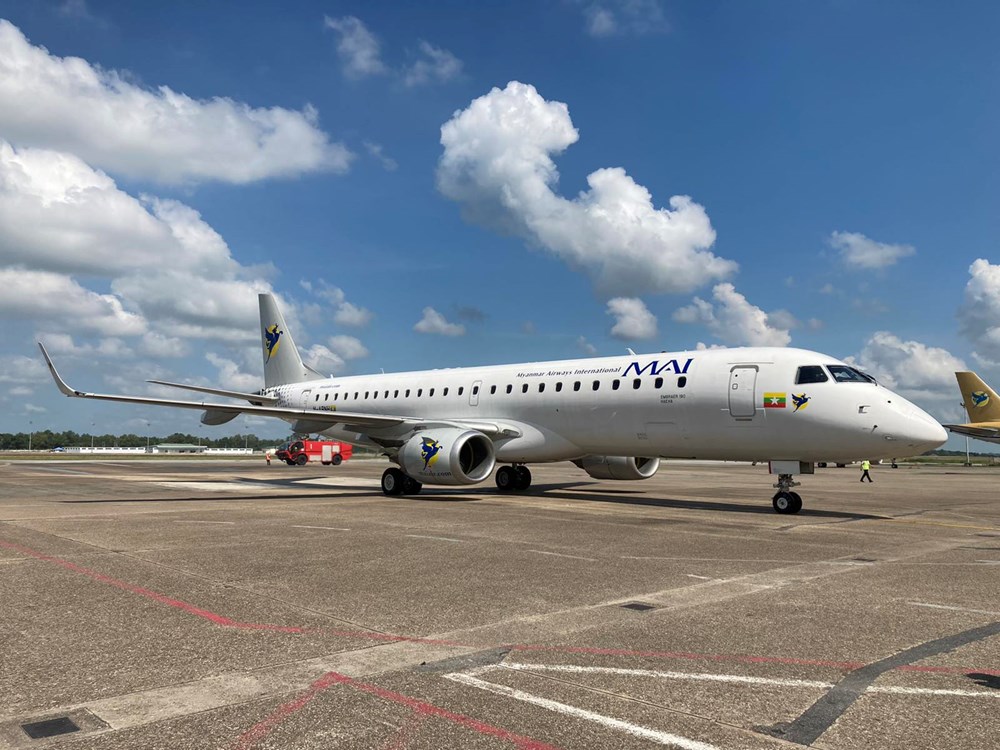 Cirium fleets data indicates that M-ABNH previously operated with China Southern Airlines, with the latter taking delivery of the regional jet in April 2012. The aircraft is scheduled to be re-registered and enter service in mid-November, according to Cirium fleets data.

Saravanan Ramasamy, MAI chief executive, says, “The arrival of the E190 marks an important milestone in MAI’s fleet expansion strategy. This high-performance aircraft not only enables us to achieve operational efficiency but also provides our customers with a significantly enhanced passenger experience.”

MAI will operate the E190s domestically from its Yangon hub, ”as part of its strategic plan to promote air travel within Myanmar”. It will fly to points such as Mandalay, Nay Pyi Taw, as well as Sittwe. It states that these are ”cities with a high volume of passengers or inefficient travel options”.

Raul Villaron, Asia-Pacific vice president for Embraer Commercial Aviation, says: ”We welcome Myanmar Airways International to the Embraer family and wish them all the best as they prepare for the start of their E190 commercial flights. The E190 brings performance and efficiency to Myanmar Airways International as they expand their network, and offers an excellent cabin for passengers to travel in comfort.”

With the additional of the E190, MAI now has five aircraft in its fleet, comprising three Airbus A319s and one A320. 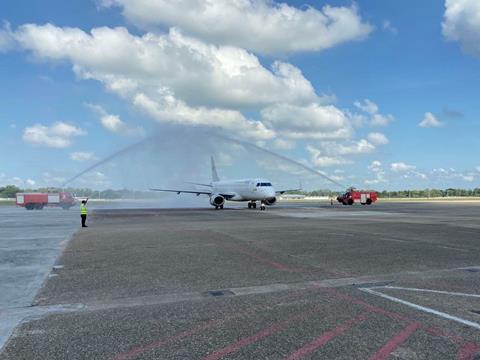 MAI is the second airline in Myanmar to operate the E-Jets – compatriot Myanmar National Airlines has two E190s in its fleet.

MAI is also the latest Asia-Pacific carrier in recent months to have taken delivery of the E-Jet family aircraft. In late September, Vietnamese carrier Bamboo Airways took its first E195, which was wet-leased from Denmark’s Great Dane Airlines.