Schram, who has also held managing roles at Statoil Fuel & Retail and McDonald’s, will take up the position from the start of 2020. Geir Karlsen, who has been acting chief executive since long-standing boss Bjorn Kjos stepped down in July, will continue as chief financial officer and deputy chief executive.

It completes an overhaul of the airline’s leadership, under which long-standing executives Kjos and former chairman Bjorn Kise have stepped aside. That has coincided with a concerted drive to secure profitability at the airline after years of rapid expansion took a toll on its finances.

Niels Smedegaard, who took over as chairman from Kise in May, says: “His [Schram’s] extensive management experience from global companies, proven leadership skills, strong commercial consumer orientation and impressive track record of value creation will greatly benefit Norwegian as the company enters into a new phase.”

Norwegian citizen Schram led the listing of Statoil Fuel & Retail in 2010 and, after its acquisition by Canadian retail conglomerate Couche-Tard in 2012, served as group president for Europe until 2018. 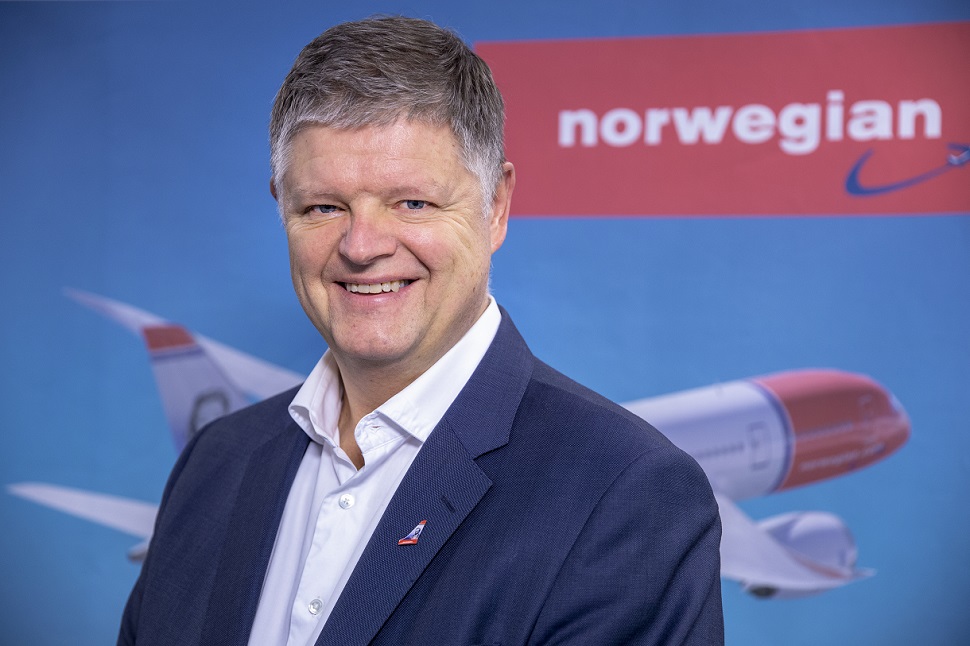 “The airline industry is characterised by strong competition and unforeseen events, but it is also an industry that is important to people everywhere,” says Schram. “Now, my main focus will be to bring the company back to profitability and fortify the company’s position as a strong international player within the aviation industry.”

Norwegian has expanded rapidly over recent years across Europe, mostly notably its push into the embryonic long-haul low-cost market on transatlantic routes. While this attracted much attention, notably takeover offers in 2018 from British Airways parent IAG, financial pressures at the carrier prompted a change of direction as it bid to secure profitability.

Norwegian began to cut costs, sell aircraft and reduce capacity as it axed unprofitable routes, alongside a wider effort to lighten its debt load. These measures helped deliver a 64% rise in third-quarter operating profit, to NKr2.97 billion ($326 million), and a nine-month operating profit of NKr2.13 billion. The airline had posted a full-year operating loss of NKr3.85 billion in 2018.

Challenges remains, though. The carrier’s share price dropped by around 10% earlier in November after the airline revealed it was seeking additional funding from investors through a convertible bond issue and a release of new shares. Norwegian said the transactions leave the airline “fully funded” through 2020 “and beyond”, based on its current business plan.

Smedegaard paid tribute to Karlsen’s efforts since stepping up to the helm in July. “During the last months, the company has taken a series of measures which has resulted in strong financial improvements,” the chairman says. “Profits in the company’s third quarterly results were the highest ever and the company has also taken several actions to increase liquidity and reduce capital commitments.

“I am naturally very pleased with Geir’s decision to focus entirely on his role as CFO,” Smedegaard adds. “With Jacob Schram and Geir Karlsen in the top management, we now have an outstanding team in place to take the company forward.”