Qantas Group expects a major swing to profitability in the first half of its 2023 financial year, as it rides a strong domestic and international traffic recovery. 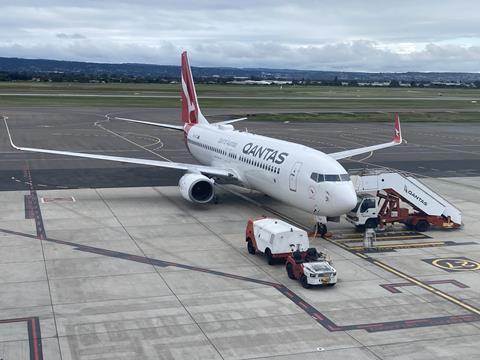 The rosy outlook is based on strong travel demand and forward bookings.

Should Qantas’s forecast prove accurate, it would mark a big swing from a loss of A$1 billion in the first six months of 2022 financial year, when the air travel sector was still grappling with the coronavirus pandemic.

“Since August, we’ve seen a big improvement in our operational performance and an acceleration in our financial performance.”

Qantas adds that both leisure and business revenues in the domestic market have surpassed pre-pandemic levels.

International yields are also strong, but Qantas expects this to moderate as capacity from Qantas and other airlines grows.

It also warns of a “complex” environment marked by high fuel prices, inflation, and higher interest rates – all of which hurt consumer confidence. Still, it sees signs that consumers are prioritizing travel over other expenditure.

On the capacity front, the Qantas Group will operate 94% of pre-pandemic capacity for the first half, which will rise to 100% in the second half.

In regard to international capacity, Qantas Group will operate 61% of pre-pandemic capacity in the first half, which will grow to 77% in the second half.

International capacity growth, however, is contingent on the return of additional Airbus A380s from storage, the delivery of three new Boeing 787-9s, and the arrival of more A321LRs for low-cost unit Jetstar.

Acknowledging the delays and cancellations Qantas faced as it has emerged from the pandemic, the group will keep 20% of flying capacity in reserve. This involves having 10 narrowbody, six widebody, and four regional jets on standby across Qantas and Jetstar.