Australia’s Regional Express (Rex) has acquired a full flight simulator for the Boeing 737.

Rex is acquiring the simulator from Boeing US Training & Flight Services, it says. The simulator will remain in Brisbane, where it is housed and maintained by Ansett Aviation Training, but will later be moved to a new simulator facility Rex is developing in Sydney. 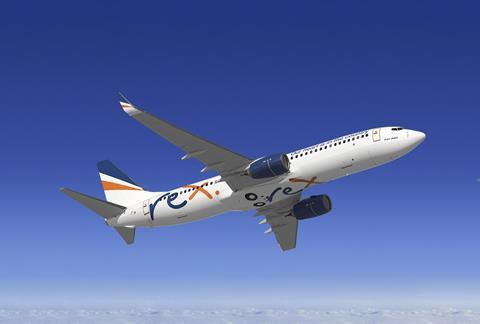 The simulator will be used for type ratings, recurrent training, and proficiency checks. It is also certified for upset recovery training.

In Sydney, the 737 simulator will be located alongside the company’s Saab 340 full flight simulator. Rex will also make the 737 simulator available for other carriers. The new Sydney centre is due to be ready in two years.

“The acquisition of the Boeing 737 [full flight simulator] bolsters Rex’s position in the domestic market by strengthening our training capabilities and demonstrates Rex’s long-term commitment to domestic operations in Australia,” it says.

In March, Rex began operating domestic trunk routes with a fleet of Boeing 737-800s, a departure from its roots as a regional player.

All of Rex’s 737s formerly served with Virgin Australia and have been updated with Rex’s livery. The company operates the 737s on a full-service model.