Singapore Airlines has modified two Boeing 777-300ERs to carry cargo in the passenger cabins, tapping into freight as an alternative revenue stream as it copes with depressed passenger demand from the coronavirus crisis.

The carrier states that the first of the two converted aircraft took off on 5 November, operating a flight from Singapore to Tokyo Narita. 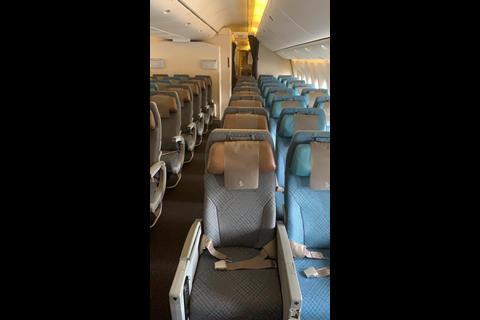 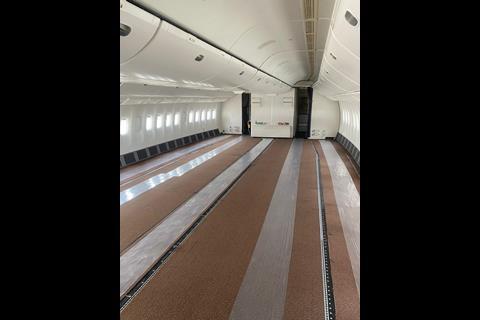 Singapore Airlines has converted two Boeing 777-300ERs into temporary freighters, by removing all seats in the aircraft. 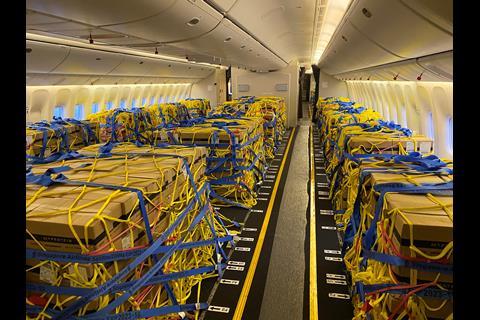 All 264 passenger seats on the aircraft have been removed, allowing each 777 to carry up to 12% more freight.

The two 777s modified are registered 9V-SWN and 9V-SWM, both of which were delivered to the Star Alliance carrier in 2008.

Cirium fleets data indicates that SIA has a fleet of 27 777-300ERs, of which 18 are currently in storage.

SIA tells FlightGlobal that it “will monitor the market” before deciding if it will convert any additional aircraft into temporary freighters. The carrier will also deploy the aircraft on other routes “based on operational requirements”.

The SIA Group, which plunged to record losses in its recent half year results, disclosed that it has 33 passenger aircraft that are operating cargo-only flights.

It has also flagged its cargo operations as a growth opportunity in the near term, adding that it will expand the number of aircraft that will be modified to carry cargo.

“In these unprecedented times, we will continue to remain nimble and respond swiftly to market needs,” states SIA.

SIA is the latest is a string of carriers around the world to modify its passenger aircraft to carry cargo. On the same day SIA announced its temporary freighter flight, Spanish carrier Iberia deployed a converted A330 between Madrid and Los Angeles.