The airline says the aircraft – powered by CFM International Leap-1A engines – is one of seven to be acquired under the agreement.

Smartavia has configured the A320neo (VP-BQA) with a single-class, 188-seat layout.

It says the delivery ceremony was conducted online between representatives in Moscow, Toulouse and Dublin. The airline intends to operate the twinjet on domestic and international routes.

Smartavia had already brought in three second-hand A320neos but had stated that it would start acquiring newly-built aircraft early this year as part of an expansion and modernisation plan. 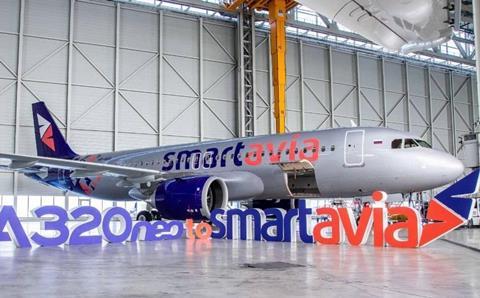 Smartavia is taking the twinjet under a CDB Aviation lease