Indian budget carrier SpiceJet swung to a loss in the April to June period, but its chairman remains confident that the airline will see a significant improvement in its operating environment. 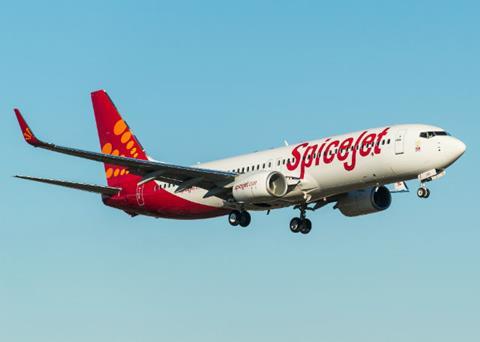 SpiceJet remains confident that it will see a significant improvement in its operating environment.

Operating revenue was Rs5.15 billion for the fiscal quarter, versus Rs30 billion in the same quarter last year. Over the same period, operating expenses were down to Rs13 billion from Rs28.9 billion.

Net losses for the period were Rs5.93 billion, compared with a net profit of Rs2.62 billion in the same period in 2019.

“This is the worst-ever crisis to hit the aviation sector but I am pleased that SpiceJet continues to innovate and outperform the industry. Flight operations were suspended for most part of the quarter and the partial resumption of flights initially and the weak demand thereafter was a reminder of the significant problems that this pandemic has resulted in,” says Ajay Singh, chairman and managing director of SpiceJet.

“As expected, Team SpiceJet showed remarkable resilience to deal with a crisis situation, once again. Our performance during the last six months clearly signifies our positive attitude and our ability to find opportunity in adversity. This has seen us quickly bounce back with industry-best load factors and emerge as India’s number one cargo company.”

SpiceJet’s average domestic load factor for the quarter was 66.4% and the airline says it maintained its market share of above 16% “despite the impact of Covid-19 thus demonstrating robust operating parameters”.

Singh adds: “I am confident that as more and more states ease travel restrictions and business activity gets back to normal there will be a significant improvement in the operating environment for airlines and we are witnessing some early encouraging signs towards recovery. I expect our cargo business to continue to expand in the coming quarters. I am also encouraged by the progress made in the re-entry of Boeing’s [737 Max] aircraft into service.”