The addition of Swiss WorldCargo builds on the joint business agreement Cathay and Lufthansa Cargo entered in 2016. The deal allows the pair to cooperate on pricing, sales, contracts and shipments between Hong Kong and Europe. 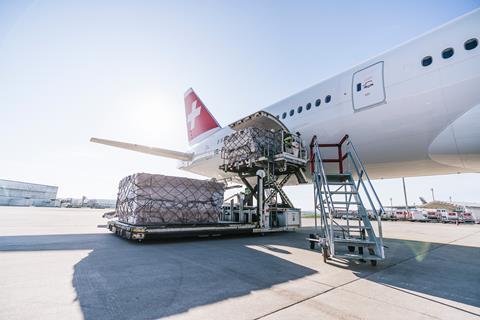 Cargo being loaded into the hold of a Swiss International aircraft

Following the arrival of Swiss WorldCargo, the three carriers will work together on network planning, sales, ground handling, and other areas.

Initially the focus will be cargo flights from Hong Kong to Zurich and Frankfurt, with the rest of Europe to follow later in the year.