Taiwan’s two major carriers rebounded to the black for the first quarter of 2022, as revenue growth outpaced rising operating costs.

This is the fourth consecutive profitable quarter for China Airlines and EVA Air, both of whom reported sharp increases in revenues for the quarter to 31 March despite a spike in coronavirus infections in Taiwan. 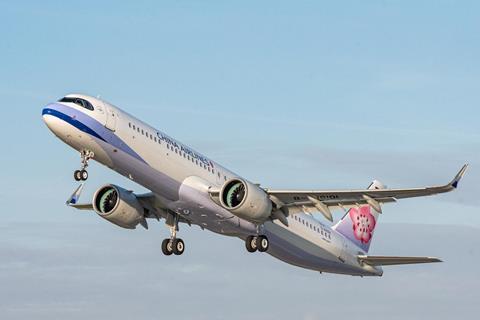 The Star Alliance carrier’s net profit for the quarter was NT$3.3 billion, compared to the NT$2.2 billion net loss in 2021.

It is, however, understood that cargo operations have lifted earnings through the pandemic. Both China Airlines and EVA Air have in the past few months announced plans to double down on freight operations with fresh orders for Boeing 777Fs.