Three Russian carriers are to be supplied with a total of eight Sukhoi Superjet 100s under an agreement reached between airframer Irkut and PSB Leasing.

Aeroflot is to take five of the twinjet type, another pair will go to Azimuth Airlines, and one to Red Wings.

The Azimuth and Red Wings aircraft will be configured in a single-class layout while Aeroflot’s will be two-class.

PSB Leasing is associated with the state finance company Promsvyazbank, which will fund the deliveries through a credit line opened to acquire and lease aircraft over 2020-21. 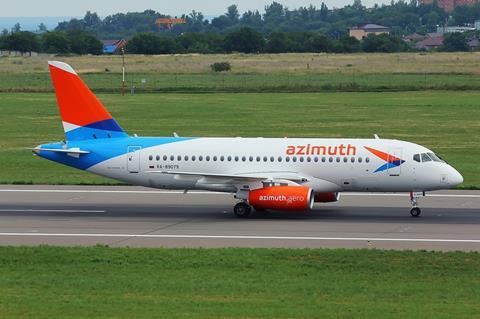 “Production and operation of domestic civil aviation equipment is one of the priority tasks of the country’s economic development,” says PSB Leasing general director Sergei Ogienko.

“The agreements signed are the first stage in the implementation of the largest deal in recent years for the supply of new passenger aircraft in the Russian aviation segment.”

Lease payments from the aircraft operators will service the loans.

Irkut, which builds the MC-21 twinjet, has taken over Superjet 100 assembly, rebranding it as its regional aircraft arm.

Regional aircraft director Oleg Gulyaev says the pact with Promsvyazbank and PSB Leasing is an “important direction” for the Superjet programme’s development.