Transavia France to debut A320neo in 2023 as fleet expands

Transavia France will expand its fleet by 10 aircraft for the 2023 summer season, as the Air France-KLM unit plots expansion to markets including Turkey.

Citing its parent company’s strategic plan, the budget carrier said on 20 September its fleet will increase to 71 aircraft next summer. It has operated 61 Boeing 737-800s since April.

The additions will likely include the airline’s first Airbus A320neos, Transavia France notes. They will come from a group-wide Air France-KLM order announced in December 2021. 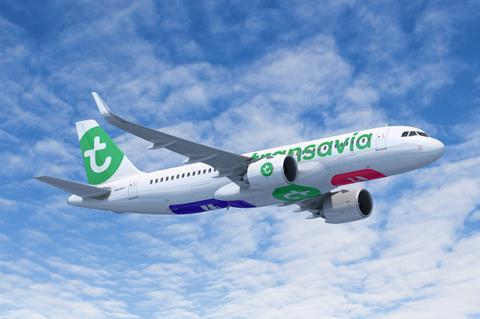 Transavia France expects to take its first A320neos next year

Transavia France’s expansion is possible thanks to a 2019 agreement with unions that overturned a previous stipulation that the airline could operate no more than 40 aircraft.

After focusing on the “strengthening of its offer to the Mediterranean basin” in 2022, Transavia France is now looking to new markets such as Turkey for next summer.

“Transavia France is still on a growth trajectory,” says the airline’s deputy general manager for sales and marketing, Nicolas Henin. “In 2023, we are betting on Turkey, a market that is suitable, depending on the destination, for leisure, business and affinity customers.”

From Paris Orly it will serve Antalya and Izmir with weekly flights from April 2023, adding to existing services to Ankara and Bodrum from the airport, and Istanbul flights operated from Paris, Lyons and Nantes.

Many airlines reported strong demand for leisure travel into Turkey during the Covid-19 recovery. That has been partly driven by depreciation of the Turkish lira, which makes the country economically attractive to overseas visitors.