Vietjet swings to operating loss in first half of 2022

Vietnam low-cost carrier Vietjet Air swung to an operating loss of D192 trillion ($8 million) in the first six months of 2022, compared with an operating profit of D157 trillion a year earlier.

According to its Vietnamese language financial results, the company posted consolidated revenue of D15.9 trillion, more than double from the first half a year earlier. 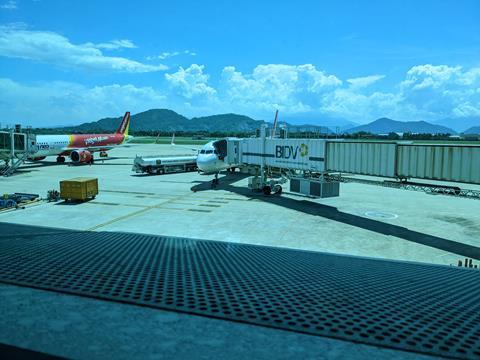 The carrier’s after tax profit was D145 trillion, 18.8% higher than a year earlier.

In a results presentation, Vietjet revealed that it had 43% of Vietnam’s domestic market share by capacity in the first half, compared with 35% for Vietnam Airlines and 16% for Bamboo Airways.