Virgin Australia, which most recently exited administration under new owners, has placed a new order for 25 Boeing 737 Max 10s, after cancelling its existing commitments for the type. 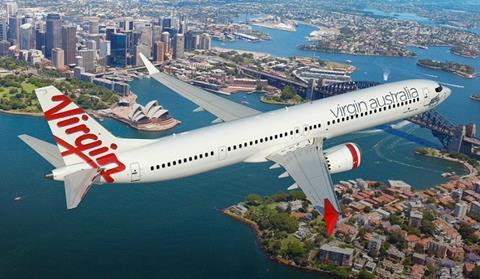 “The agreement represents a deep commitment to the future from the airline’s new owners, Bain Capital, and will allow Virgin to appropriately manage future fleet requirements amid what has been the worst year in the history of aviation,” the carrier says.

“We have already moved to simplify our mainline fleet and committed to the Boeing 737 aircraft as the backbone of our future domestic and short-haul international operations,” adds Virgin Australia Group chief executive Jayne Hrdlicka.

The changes come amid a broad overhaul of Virgin Australia, which was purchased by US investment company Bain in November.

As part of post-administration plans, Virgin Australia disclosed in August that it would be operating an all-737 fleet, shedding 777s, Airbus A330s and ATR 72s along the way.

The US Federal Aviation Administration lifted the grounding of the Max 8 and 9 – the only variants yet delivered – on 18 November.