No one will confuse Southeast Asia’s long-haul, low-cost carriers with their staid, full service rivals. Campbell Wilson, chief executive of Singapore’s Scoot, once held a competition with a colleague aboard a Boeing 777-200ER operating the Bangkok-Singapore route. He announced that each of them would push a duty free sales cart down an aisle. The colleague who sold the most would become “CEO for a day.” The passengers loved it, but unfortunately Wilson found himself out of work for a day: he was only able to sell S$120 ($95) worth of goods against the colleague’s S$360.

It is difficult to imagine the conservative, business-suit wearing executives of Scoot's parent Singapore Airlines engaging in such antics – or, for that matter, the corporate bosses of most of the region’s big flag carriers. Still, Southeast Asia’s long-haul low-cost players will increasingly resemble the incumbents, with modern widebody fleets, expanding networks, and feeder connectivity with short-haul low-cost partners.

There is an ambitious effort underway in Southeast Asia to get the long-haul, low-cost model right. Given that Southeast Asia launched the Asia Pacific’s low-cost carrier revolution over ten years ago, inspiring similar ventures in North Asia, Australia, and India, the region’s imminent long-haul, low-cost arms race will have broad implications for future business models of Asia Pacific airlines. 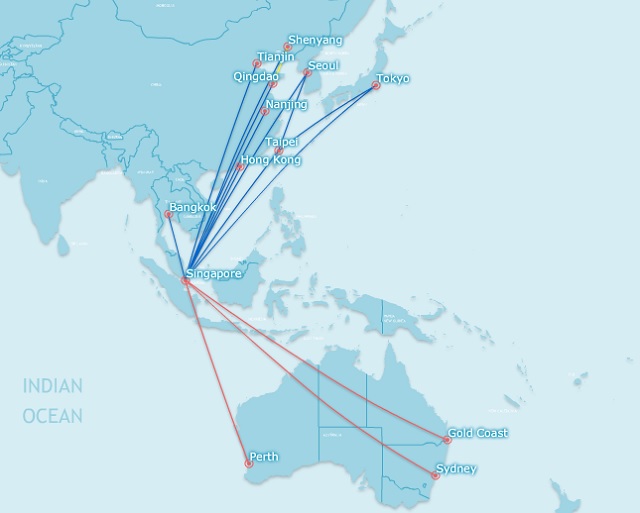 Similarly, AirAsia X has moved well beyond its early days operating fuel-guzzling Airbus A340 aircraft. It still has a single A340-300 in service (and one in storage) but today it operates a fleet of 15 A330-300s, with an additional 12 on order. It will also receive ten A350-900s between 2018 and 2019. It has led calls for a re-engined A330 – the long mooted A330neo. It is not beyond the realm of possibility that it could be the launch customer for the yet-to-be confirmed update of the ubiquitous twin-jet. 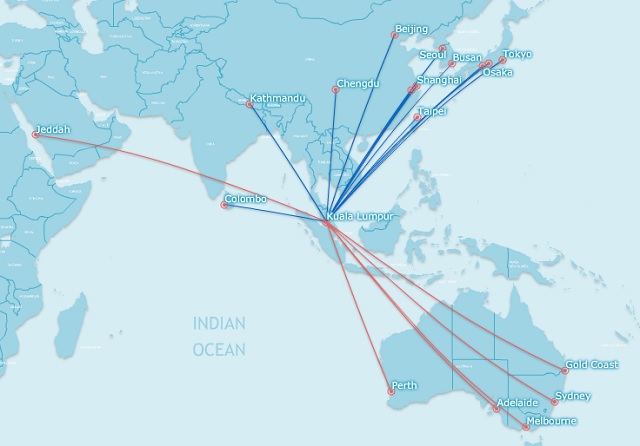 In the Philippines, Cebu Pacific Air operates four A330-300s and has an additional two of the type on order. Unlike AirAsia X and Scoot, which are separate, long-haul low-cost brands, Cebu Pacific’s long-haul, low-cost operation is tied in seamlessly with its parent LCC. Its primary objective is tapping the overseas Filipino worker community. FlightMaps Analytics shows that it now only serves Sharjah, Singapore, Seoul, and Taipei with its A330 aircraft, but it will commence services on Manila-Kuwait City and Manila-Sydney in early September. 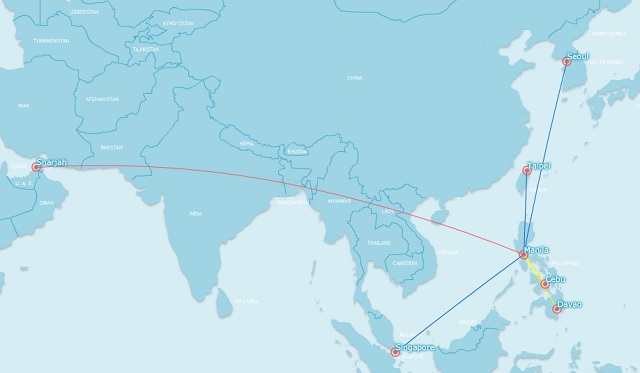 Operating larger aircraft on longer sectors reduces some of the advantages enjoyed by traditional LCCs. These include fast turnarounds and high aircraft utilisation, both of which revert to the mean in the case of long-haul low-cost players. There is also the lingering view that passengers may put up with discomfort and no food for a one hour flight, but not for flights beyond five hours. To the dismay of the region’s incumbent carriers, however, passengers seem alarmingly willing to shun perks to save money.

“There is always room for low-cost travel, as people vote with their wallet,” says Credit Suisse analyst Timothy Ross. “It’s amazing how much discomfort people will put up with to save some money.”

“Utilisation rates of long-haul low-cost carriers are only marginally higher than legacy carriers,” he adds. “AirAsia X’s daily utilisation might be 16-17 hours, compared with 13 hours for legacy players. By contrast, when AirAsia commenced operations its utilisation was 50% higher than Malaysia Airlines (

It blamed the net loss on something that sounds all-too-familiar to anyone working for an airline: capacity growth outstripping passenger demand. The quarter saw a massive 60.1% increase in ASKs year-on-year. While RPKs rose 63.3% and load factors increased 1.6 percentage points to 85.5%, the carrier took a hit on yields in filling the aircraft. Revenue per ASK fell nearly a fifth, while CASK including fuel rose 2%.

Perhaps the key factor that sets apart Southeast Asia’s emergent long-haul low-cost players is their integration with feeder networks. Historic attempts to launch long-haul low-cost services such as Oasis Hong Kong Airlines, People Express Airlines, and Laker Airways had no feeder network to speak of, and proved vulnerable to competitive measures taken by entrenched network carriers. Long-haul low-cost operators these days are clearly aware that they need scale to win, with AirAsia X leading this front and "paying for growth" simply to build a formidable fleet and network against low-cost and legacy competitors alike.

“It is interesting to see that long-haul and short-haul low cost carriers increasingly tend to work together to benefit each other in network expansion, although this is not entirely surprising,” says Joanna Lu, head of advisory for Asia at Ascend, a Flightglobal advisory service.

Nonetheless, there are clear sceptics. The biggest one appears to be Southeast Asia’s biggest low-cost player, Lion Air. The Indonesian LCC titan has yet to express any interest in the model, focusing instead on consolidating its Indonesian market share with narrowbody aircraft.

Nonetheless, new aircraft types such as the 787, A350, and (possibly) the A330neo will help the likes of Scoot, AirAsia X, and Cebu Pacific cut their fuel bills, which is no small thing since fuel can amount to about 50% of costs. In addition, the growing wealth of the region plus robust feeder networks will help ensure respectable traffic flows. Long-haul low-cost is not the easiest niche, but Southeast Asia’s emergent players have powerful backers, and are determined to make a go of it. Their ultimate success, or failure, will have implications for the Asia Pacific airline industry for decades to come.