Airlines in the Asia-Pacific took 88 of the 177 commercial airliners delivered in November 2018, well ahead of European airlines, which took 35.

So far, November was the year’s biggest month for deliveries, surpassing the 175 deliveries in June, according to Flight Fleets Analyzer. Following Asia-Pacific’s 88 deliveries and Europe’s 35 were North America with 27, the Middle East with 13, Latin America with 11, and Africa with three. 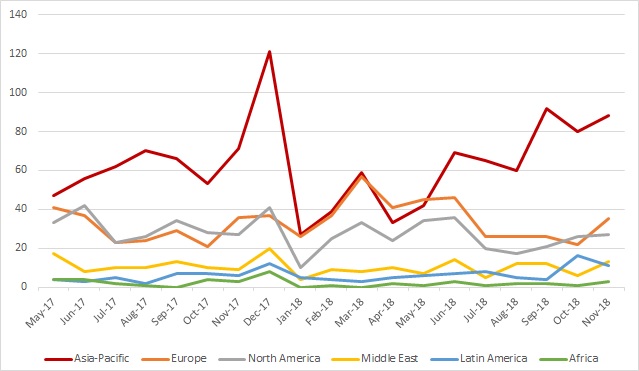 Among Asia-Pacific countries, Chinese carriers led with 48 deliveries. Airlines in India followed with eight deliveries, while Vietnamese carriers were in third place with six.

The carrier with the most deliveries – by a wide margin – was China Southern Airlines, which took a total of 11 new aircraft. These comprised six Boeing 737 Max 8s, one 787-9, two Airbus A320neos, and two A321neos. 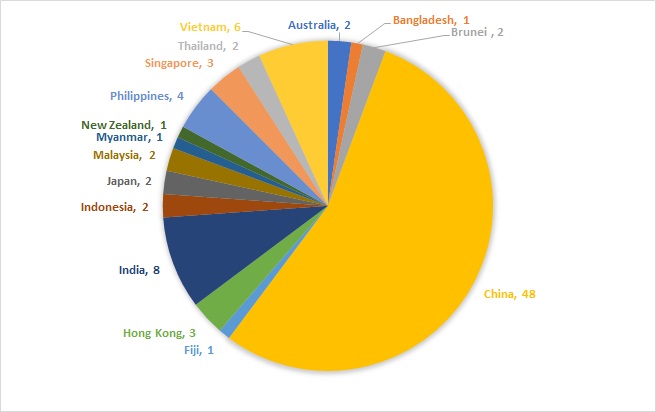 Following this with six deliveries was Beijing Capital Airlines: four A320neos, one A321ceo, and an A330-300.

Asia-Pacific deliveries by Airbus and Boeing 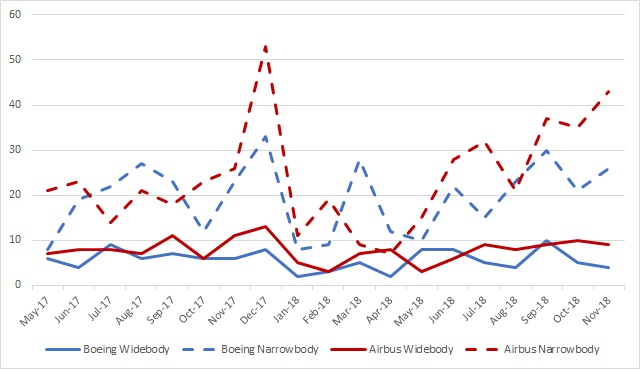 Airbus led Boeing in the Asia-Pacific during the month with 52 deliveries against Boeing’s 30. 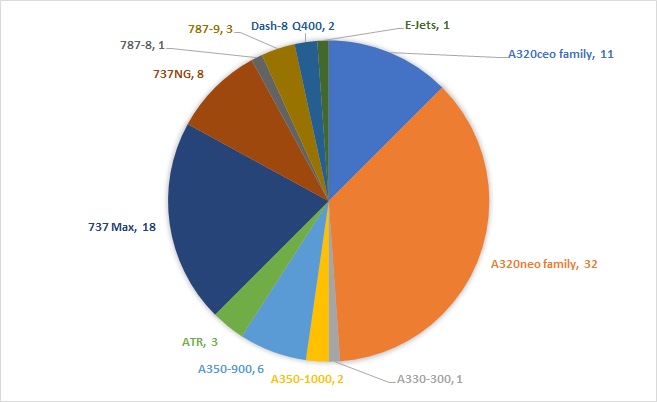 Lessors were involved in 40 of the Asia-Pacific’s 88 deliveries for the month. Flight Fleets Analyzer shows that AerCap was the most active, with involvement in six deliveries. These comprised four China Southern aircraft (two A321neos, one 737 Max 8, and one 787-9), a Sichuan Airlines A321neo, and a Loong Air A321neo. 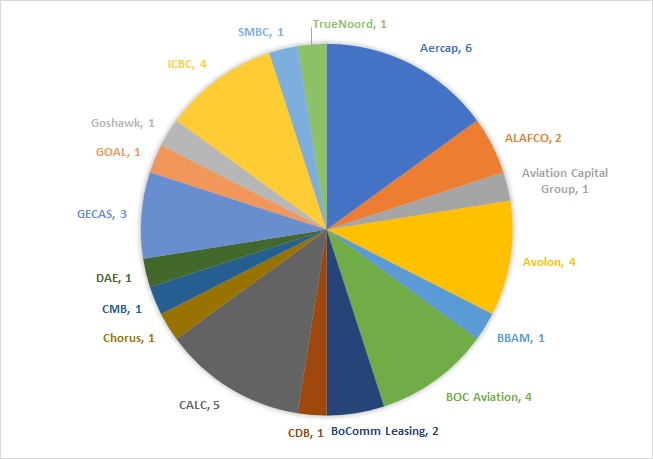 China Aircraft Leasing followed with involvement in five deliveries. It was involved in a pair of China United Airlines 737-800s, one 737 each to China Eastern Airlines and Shanghai Airlines, as well as an A321ceo to Sichuan Airlines.

No new freighter aircraft were delivered to Asia-Pacific carriers in November.