Airbus faces some of the same pricing headwinds and is likewise offering significant discounts on some aircraft types, say market analysts.

But observers describe pricing pressures as both adding to and partly reflecting broader challenges faced by the US airframer.

They see Boeing's path forward as uncertain but suggest the Chicago-based company could rebound by getting the 737 Max airborne again and launching the proposed New Mid-market Airplane (NMA).

Ascend stresses the 737 Max value reduction does not reflect the Max grounding, but rather existing market forces.

"The reductions to value are largely informed by facts that were already in place prior to the grounding, but which may have been exacerbated by the latest developments," says Ascend's head of valuations George Dimitroff.

There have been few 737 Max transactions since the March grounding, and Boeing declines to discuss specific prices.

But vice-president of commercial marketing Randy Tinseth sees "normal competition" in the 737 and 787 markets.

"We have a very disciplined selling and marketing process," he tells FlightGlobal. "And the results of that discipline have been seen in our financials."

Boeing Commercial Airplanes earned a $7.9 billion operating profit in 2018 on $60.7 billion in revenue.

Tinseth describes the narrowbody market as particularly healthy, noting demand exceeds supply and that Boeing estimates airlines will need some 32,000 narrowbodies over 20 years. To meet that demand Boeing has increased production of the 737, which remains sold out until well into next decade. Boeing holds unfilled orders for some 4,500 737 Max, its data shows.

Ascend bases its valuation partly on revenue aircraft can likely generate for lessors, which own a notably large portion of the 737 Max fleet and therefore have a significant influence on values.

"With 45% of the currently delivered fleet managed by operating lessors, their purchase decisions and revenue potential from the aircraft are highly influential in determining the aircraft’s value," says Dimitroff in a newsletter.

Airbus had faced similar pressure but spread A320neo deliveries to lessors over more time; many of those aircraft are already placed with operators, meaning less available supply, Dimitroff says.

Asked to comment about pricing for several of its models, Airbus says only, "The global market for commercial aircraft is extraordinarily competitive and intense pricing pressure is nothing new."

Tinseth says a "very competitive" leasing market and transitioning from 737NG to 737 Max production has contributed to "fluctuation in pricing".

"You have to gain acceptance and build a base" for a new aircraft, he says. "It’s a market that will, for our leasing customers, reach an equilibrium."

Experts note narrowbody prices have declined in recent years due to other factors, including lower fuel prices and a surge in production (though Boeing's Max production has slowed since the grounding).

Many A320neo and 737 Max orders came between 2011 and 2014 when jet fuel cost roughly $3 per gallon. In today's $2-per-gallon environment, efficiency benefits are less valuable, Dimitroff says.

By comparison, Max 9 and Max 10 orders account for some 14% of Boeing's Max orderbook, according to Cirium's Fleets Analyzer. But Tinseth says the Max family's seat costs are 5-8% less than competing A320neo-family aircraft. He says the Max 10 costs about $1 million less to operate annually than an A321neo.

Several analysts question if Boeing might have set the 737 Max's purchase price at a new low with its recent agreement to sell 200 of the aircraft to International Airlines Group (IAG), owner of British Airways, Vueling and Level.

Neither Boeing nor IAG has disclosed terms, but analysts suspect Boeing offered significant discounts in exchange for IAG's business.

"It's very hard for jet makers to recover pricing power after they offer new discounts," he adds. "Still, it's possible that other airlines acknowledge that this was an unusual situation."

Rumors about the size of the discount are already swirling.

"Regardless of whether or not those rumors are true, just the mere talk of them amid the industry will result in increased pressure from airlines," Dimitroff says.

Asked if Boeing might succeed in nudging 737 Max prices higher, Aboulafia says: "We’ll get that question answered in the coming months, as the 737 programme recovers, or as Boeing needs to give out more incentives to keep customers on board."

How pricing pressure and other challenges might affect the $101 billion-revenue company's financial future remains unclear, though clues could emerge when Boeing releases its second quarter financial results on 24 July.

Though Boeing's revenue took a hit with 737 Max grounding, the company will recoup those dollars once deliveries resume, analysts note.

In April, Boeing estimated the grounding would cost $1 billion, though the ultimate figure may be much higher as the grounding continues.

The very existence of the A350, a clean-sheet aircraft that entered service in 2015, threatens the in-development 777X, notes Michel Merluzeau, director at aerospace consultancy AIR.

"The pressure is coming from the fact that the A350 has eroded the 777 replacement market enormously," he says. "Boeing has lost key customers to the A350 and they cannot afford to lose more." 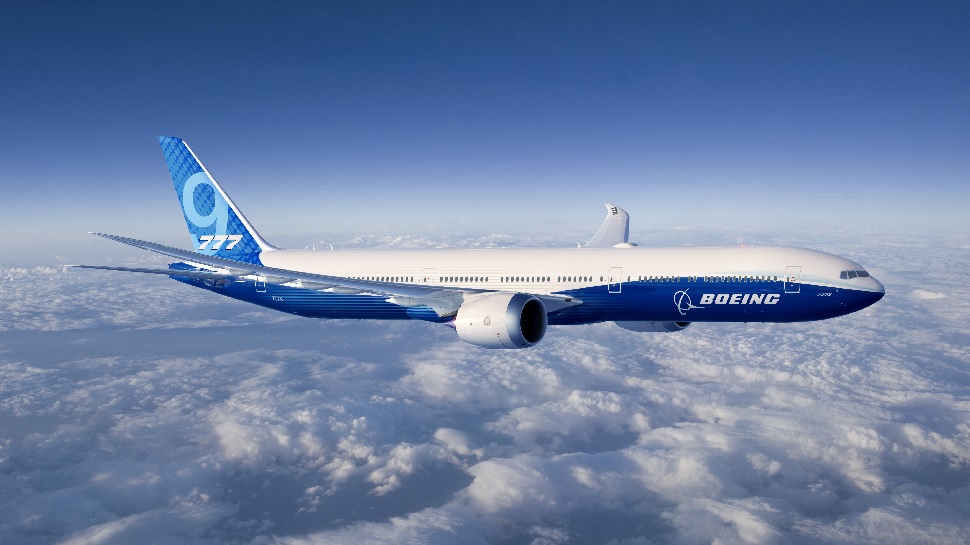 Boeing expects the first 777-9 will fly this year

The 777 formerly sat largely unopposed in the ultra-long-haul twinjet segment. The company has taken 1,887 777 orders, including 344 for the 777X, Boeing data shows.

Tinseth says Boeing has seen some "compression in pricing" as it transitions from producing the 777 to the 777X, which the company expects will enter service in 2020. He adds that 777-300ER and 777 Freighter demand remains strong amid the transition.

Boeing and Airbus expect demand for 777Xs and A350s will surge in the coming years as airlines replace long-haul aircraft already in service.

"I feel very comfortable that Boeing is going to win the majority of this," Merluzeau says.

Airbus's re-engined A330neo, introduced by the European company in 2018, competes with 787s, posing another concern for Boeing.

"It is the clear leader in the market," Tinseth says of the 787.

He cites the 787's technology, performance and passenger comfort, and stresses Boeing has broadly succeeded in landing significant sales for all three 787 variants. Those variants form a more-complete aircraft family that complements the 777 lineup with minimal overlap, Tinseth adds.

"I think we have a superior value proposition, and that's why we have been winning," he says. 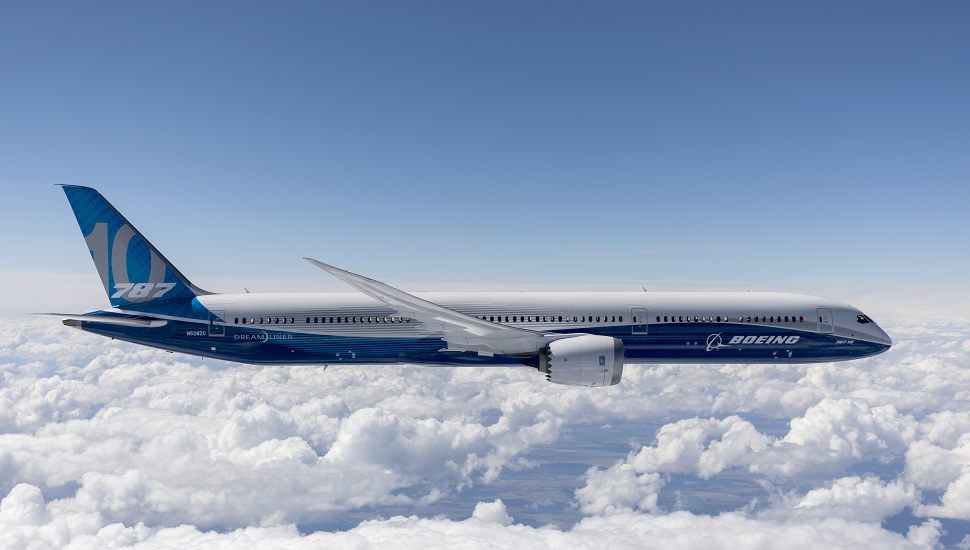 But thanks to modern engines, the A330neo comes close to matching the 787's performance on some routes, analysts say. Also, Airbus developed the A330neo at a fraction of the 787's cost, meaning Airbus can compete aggressively on price.

"Airbus can afford to cut the price on the Neos quite heavily," says Ernie Arvai, president of aerospace consulting and market intelligence company AirInsight Group, parent of AIR. "Airbus, [in] trying to get the A330neo going, is offering some fantastic deals."

Dimitroff says 787-9 values are trending down from the low-$140 million range to the mid-$130 million range. Some analysts say Boeing has sold 787s for significantly less.

Meanwhile, the A330neo is nipping at the market targeted by Boeing's conceptual NMA, an aircraft that would be capable of carrying up to 270 passengers on routes up to 4,000-5,000nm.

"Every A330neo [sold] hurts the business case of the NMA," says Merluzeau.

"All the problems that we are witnessing now – can they lead to a moment of hesitation in the minds of customers?" says Merluzeau. "How much damage could this cause to the NMA business case? There are going to be new questions being asked."

Still, observers see the NMA as potentially addressing several of Boeing's challenges. The company has said it will decide next year whether to launch the aircraft.

"I think the NMA will be a big chunk of the answer" for Boeing, Dimitroff says. "[Boeing] can upsell clients from the bigger Max version into the NMA and use NMA to fight the A321 and A330neo."