It has been a troubled two years at the end of a difficult decade for business aviation in the Middle East, as political, social, and economic upheavals have held back what 10 years ago looked like becoming one of the sector's fast-growing regions.

From the Dubai property crisis of 2009, through the violent repercussions of the so-called Arab Spring, to the more recent spat with Qatar and Saudi Arabia's internal power struggles, events have conspired to prick the business aviation bubble at various points.

However, on the eve of the eighth Middle East Business Aviation Association show on 10-12 December, many report a cautiously rising optimism, with traffic through private terminals edging up in recent months and growing interest among owners about replacing aircraft. Much depends, of course, on events well beyond the industry's control: easing of fears over terrorism, as well as a resolution to the dispute between Doha and its Gulf neighbours and the situation that has seen the private jets of several of Saudi Arabia's elite grounded.

The region, of course, represents a major chunk of the world’s business jet fleet, with 480 aircraft, according to Flight Fleets Analyzer. Around half are in Saudi Arabia – where most ultra-wealthy owners live – and the United Arab Emirates, the hub of the Middle East's aircraft management, charter, and maintenance activities. Abu Dhabi and Dubai are home to operators such as DC Aviation Al Futtaim (DCAAF), Empire Aviation Group, Falcon Aviation Services, Jetex, and Royal Jet, as well as the regional headquarters of ExecuJet and Jet Aviation.

There are five business aviation airports in the UAE, but Dubai South – the development around Al Maktoum International, also known as Dubai World Central (DWC), where the MEBAA show is held – is becoming the chief gateway. This is partly because the Dubai authorities have encouraged operators to relocate from the congested downtown Dubai International – used by Emirates and most airlines – and partly because the southwards expansion of the city has made the once-isolated desert airport convenient for many of the new luxury residential neighbourhoods. 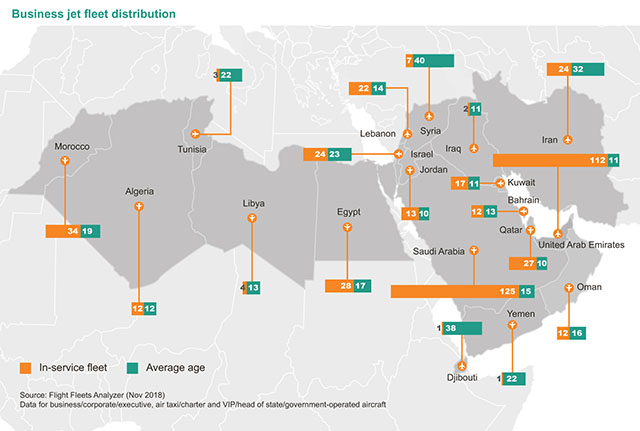 From there being very little infrastructure at DWC four years ago, there are now five fixed-base operators (FBOs) at the non-slot-constrained airport, as well as one maintenance operation and another two on the way. ExecuJet, Falcon, Jet Aviation and Jetex all run their own executive terminals and handling operations. Meanwhile, the earliest adopter, DCAAF, opened its maintenance, repair and overhaul (MRO) facility – which includes a private terminal – five years ago, and earlier this year, added a second hangar.

ExecuJet – which, like Jet Aviation, has its original MRO activity at Dubai International or DXB, having opened there in 1999 – is relocating all its Dubai operations to a new 25,700sqm (277,000sq ft) building at DWC, due to open in 2020. "It positions us to where business aviation is growing. We expect business aviation to continue to be watered down at DXB," says Mike Berry, executive vice president aviation services at ExecuJet's parent, Luxaviation Group.

Falcon, which has its main base at Al Bateen, is unveiling its 9,000sqm hangar – and 13,000sqm parking apron – at DWC at the MEBAA show, with the first aircraft likely to arrive for maintenance early in 2019, says chief operating officer Capt Raman Oberoi. The Abu Dhabi-based company, which will focus on Embraer and Gulfstream types, will retain its maintenance operation at Al Bateen, focusing largely on its own helicopter fleet, but expects DWC to become its main third-party, fixed-wing maintenance centre.

Not far from the new Falcon facility is DCAAF, a joint venture between a local investment group and Germany's DC Aviation. DCAAF managing director Holger Ostheimer says the business's twin hangars were full for the first time during early November, with 20 to 21 aircraft. Although many of these belonged to owners who were renting parking space, he says maintenance activities have also been picking up. DCAAF's approvals include Bombardier, Dassault, and Gulfstream aircraft.

The second, 7,500sqm hangar more than doubled DCAAF's maintenance capabilities, and enabled the operation to widen its appeal to operators of Airbus and Boeing types, says Ostheimer. In 2016, DCAAF entered a joint venture with Lufthansa Technik to offer support to airliner-sized business jets, and since then progress has been made. "In the late summer, we did our first C-check on an Airbus, and we are looking at being more attractive to Boeing Business Jets," he says.

Away from DWC, other airports remain important for business aviation in the UAE. While ExecuJet plans to wind down its operation at DXB, Jet Aviation still has its maintenance facility there, with approvals from manufacturers including Airbus, Boeing, Dassault, Embraer and Gulfstream. Al Jaber Aviation and Falcon have bases at downtown Al Bateen in Abu Dhabi, the region's only dedicated business aviation airport, while Royal Jet has its FBO at Abu Dhabi International, and Gama has its operation at Sharjah, a 25min drive from Dubai city centre.

Another major revenue stream for many of the business aviation companies in the UAE is aircraft management and charter, and both markets are intensely competitive. Most private aircraft in the region are used exclusively by their owners – none of the 23 aircraft Jet Aviation manages, for instance, are available for charter. However, there are a number of dedicated charter operators, using their own equipment, chasing a market that includes local business and leisure travellers as well as high-end passengers from around the world.

Royal Jet, the world's biggest BBJ operator, has eight of the Boeing types, while, in Qatar, the nation's flag-carrier has been rapidly expanding its corporate jet subsidiary – Qatar Executive – since launching in 2009. Starting with a largely Bombardier fleet, Qatar Executive surprised many when it committed in May 2015 to up to 30 Gulfstream G650ER, G500 and G600 types. It unveiled its first G500 at the Farnborough air show in July and was due to put it into service this year. Five more will join the fleet in 2019.

According to Berry, a number of factors have hit the market in the past two years, including a decline in Russian clients, partly due to the economic situation there, but also worries about security, in countries such as Egypt. "We’ve gone through a tough time from a traffic point of view, and although traffic is coming back, the number of operators means it's going to be very competitive," he says. "We don't want operators getting into a price war, because it's just not sustainable."

Other issues such as the arrests last year of several prominent Saudis – most of whom were regular private aircraft users – and the diplomatic impasse with Qatar have also put had a dampening effect on traffic, says Berry. However, he says that there are "encouraging signs" of charter flights returning from Russia, as well as an easing of some of the political tensions. "The market has been flat but my prediction is that by the second half of 2019, we will see things improving again," he notes.

According to Claudio Peer, senior director regional sales for Europe, the Middle East and Asia at Jet Aviation, the fact that several struggling charter and management operators have gone out of business, has created opportunities for those still in the game. In addition, he says that there is “a positive stream of new aircraft buyers entering the market”, although he expects that, in common with most owners in the region, few will make their equipment available for third-party charter.

Dubai-based Empire Aviation manages 23 aircraft on behalf of owners, six of which are available for charter. Chief executive Paras Dhamecha, agrees with Peer that there has been a recent surge in interest from owners looking to replace aircraft. "Socio-economic issues will always have an effect on this business, but for us, things have been stable," he says. "We have not lost business, and we expect to move forward when things pick up, as I expect they will from next year."

Empire has been helped, says Dhamecha, by opening two new air operator certificate operations on the San Marino registry in 2016, and, in the past year, in India. It manages two aircraft there for a sister company, in addition to a third private aircraft, but Dhamecha believes there is "a huge potential charter market in India", thanks to a rising number of wealthy business people needing to travel to run their businesses, and the size of the country, which is underserved by its airlines and congested commercial airports.

For the manufacturers of large business jets preparing for the MEBAA show, the Middle East still represents a critical market. Dassault's Carlos Brana, senior vice-president of civil aircraft, says the Falcon 8X has helped the French airframer boost its market share since the introduction of the large-cabin jet to the region in 2016, while the in-development, wide-cabin 6X will be a "real asset for companies in this region", he believes.

The Middle East remains Airbus's biggest market, says Airbus Corporate Jets president Benoit Defforge, making up a third of its fleet and backlog. "It is a mature market of wealthy individuals and heads of state, for whom these aircraft are a necessity, not a luxury." Airbus will be focusing at MEBAA on corporate jet versions of its latest airliners, the A350 and the A330, which are "ideal for this region". And, while the market for airliner-derived business jets is "fairly soft", there are many older-generation widebodies ripe for replacement, he says.

His counterpart at Boeing Business Jets, Greg Laxton, describes the region as a "fantastic market", accounting for 29% of annual BBJ sales, but 52% of the widebody fleet. A total of 21 of the BBJ 737 Max aircraft on order are for Middle East customers. Like Defforge, he concedes that "there has been a step back in purchases as many people are holding onto cash", something he says the 15-year average age of the fleet reflects. 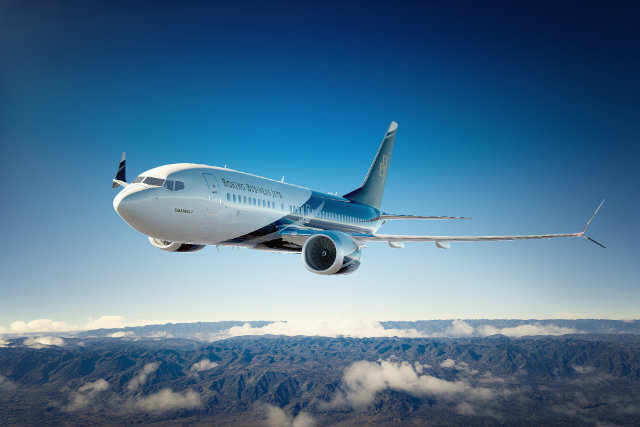 Scott Neal, vice-president worldwide sales and marketing for Gulfstream, says there is strong demand in the region for the G650ER, as well as the new G500 and G600. Qatar Airways – international launch customer for the G500 and the first commercial operator of the G650ER in the region – is the Savannah-based manufacturer’s marquee client. The G500 will make its MEBAA debut (although, because of the enmity between Qatar and the UAE, not in the colours of its first overseas operator).

With a few exceptions, the market for smaller aircraft in the Middle East has been tough, partly as a result of a reluctance to fly in such types, and especially turboprops. Falcon Aviation is the first operator in the region to commit to the Pilatus PC-24 jet, with delivery of its first, and so far only confirmed aircraft expected in the second quarter of 2019. However, an attempt by another company to launch an operation with its PC-12NG stablemate failed earlier this year, when Al Bateen-based GI Aviation shut operations after less than two years.

The start-up, headed by former Royal Jet chief executive Patrick Gordon, blamed a "restrictive" regulatory environment, but, more poignantly, market scepticism. The Swiss-built aircraft, said Gordon at the time, "has one engine and a propeller. This aircraft was always going to be a tough sell in a region known for its appetite for high-end business jets." The Middle East market may be tougher than it used to be, but customers are not ready to trade down quite yet. 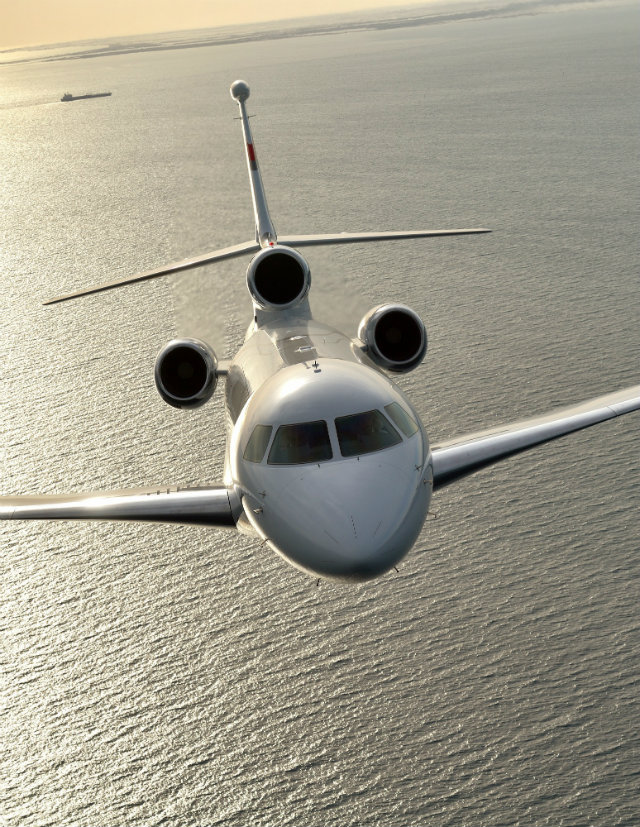