Lockheed Martin is nearing certification for its LM-100J commercial freighter, with a little over a week of flight testing remaining.

Marilou Franklin, director of the C-130J programme, says the company is around halfway through the function and reliability phase of the certification effort, having so far accumulated 85h towards a 150h total. 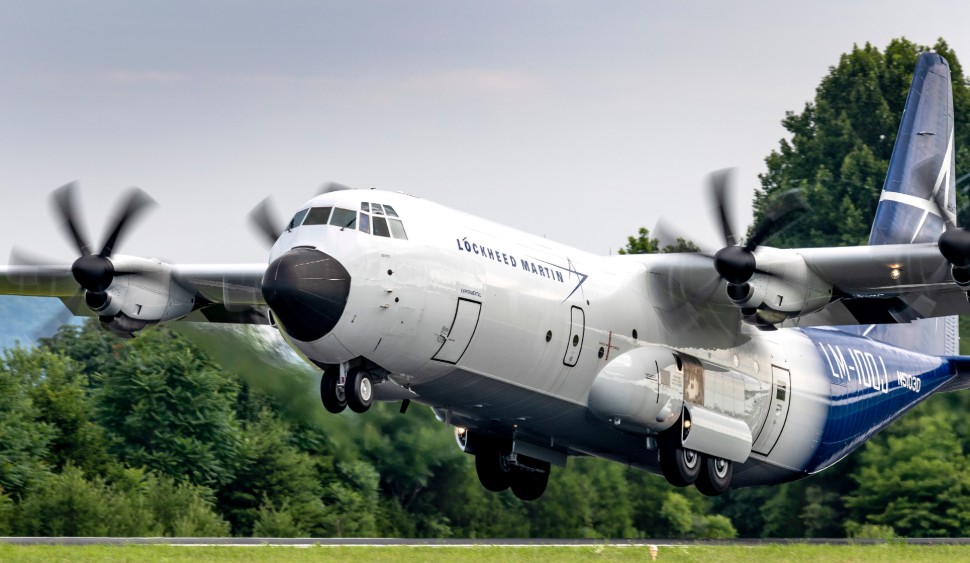 During that initial period, the Rolls-Royce AE 2100D3-powered type was in the air for 5-10h per day.

Flight testing is currently in a planned pause to discuss any required changes with the US Federal Aviation Administration (FAA), and talks with the agency are ongoing to determine a restart date.

“We are busy working to answer any questions about maintenance or operation,” she says. “Once we restart [flights], we will probably finish within a couple of weeks.”

Franklin remains confident that certification can still be achieved in the first half of the year, despite the “sporty” nature of the schedule.

This schedule is complicated by the FAA’s desire for multiple pilots to experience the LM-100J, which can pose a logistical challenge, says the programme's chief test pilot Steve Knoblock.

Although the FAA has been involved in all the test flying over the past couple of years “it is important for them to bring in some fresh faces”, he says. 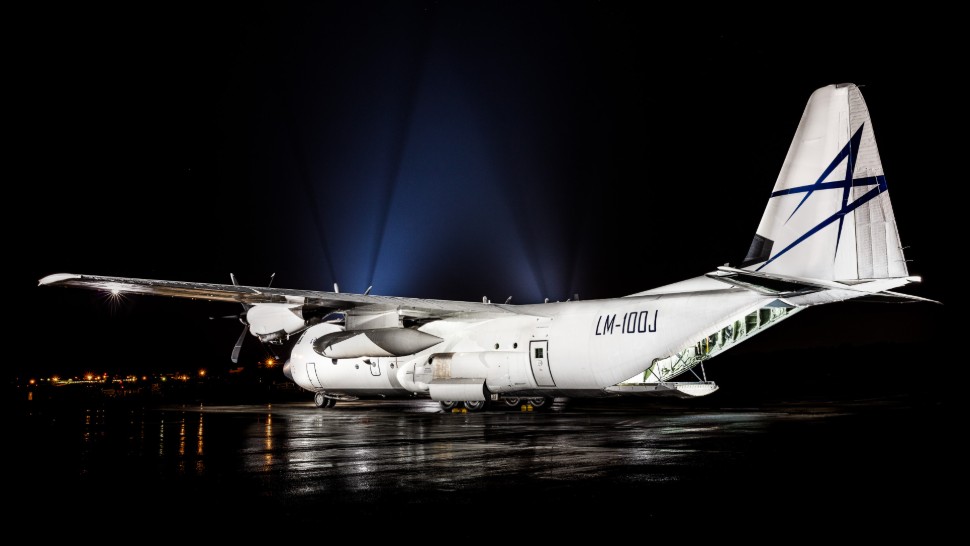 Some will be more focused on items such as training, he says. “They want to have those folks get involved in the flying to make sure the training matches the reality of flying the airplane.”

Franklin adds that recent events have made the FAA more sensitive about ensuring that any lessons learned are translated into the design and certification of the C-130J-derived aircraft. Although Franklin does not reference it by name, issues surrounding the Boeing 737 Max are clearly at the forefront of the regulator's concerns.

So far, Lockheed has secured five firm orders for the LM-100J. Fort Worth-based Pallas Aviation is the only identified customer with a commitment for two aircraft. Previously, tentative commitments for the type have been placed by companies including ASL Aviation – a current L-100 operator – and Bravo Industries.

Pallas’s aircraft are currently in production and will be delivered once certification is secured. Service entry is likely before year-end.

“We are in discussions with some other commercial operators and we think there is a good potential for additional sales,” he says. 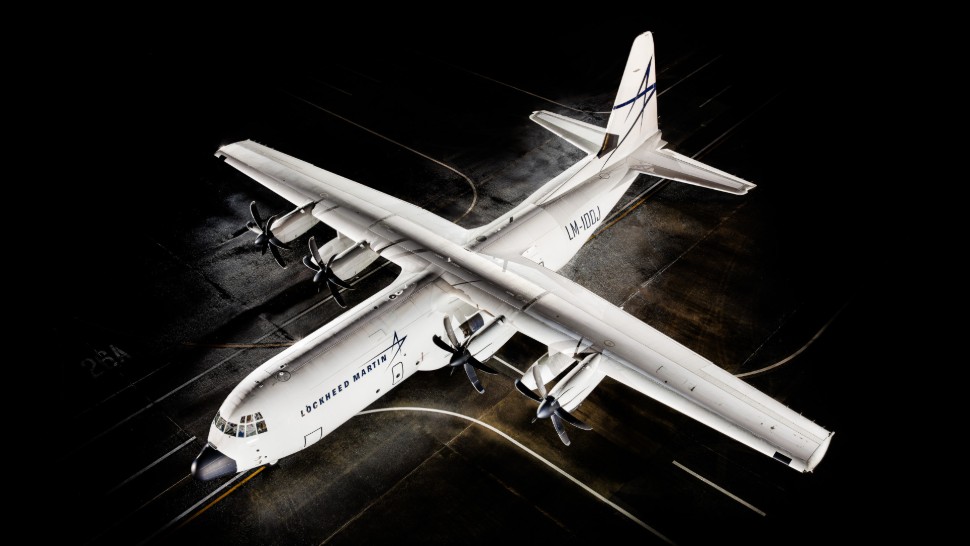 Lockheed sees the LM-100J as a logical successor to the L-100, a commercial variant of the older-generation C-130, which ceased production in 1992. Cirium’s Fleets Analyzer records 46 examples still in service and a further 13 in storage.

“That’s over 25 years where there has not been [a comparable] new aircraft on the market,” says Frese.

He says the programme will be a success if it sells 25-40 aircraft “although we think there is potential to do more than that over the next few years”.

Aside from the obvious logistics missions – Pallas Aviation is involved in transportation for the mining and oil and gas industries – Lockheed is targeting other applications for the LM-100J, such as aerial firefighting and anything that requires an aircraft that can fly “low, slow and heavy”, says Knoblock.

In addition, one area the company is exploring is the possibility of using the LM-100J for aerial refuelling of military helicopters.

While “helicopter refuelling is a little bit more challenging” than refuelling fixed-wing aircraft, “it does open up a market for us”, says Knoblock.

“There is a lot of flexibility with this airplane that other airplanes don’t have,” he says. 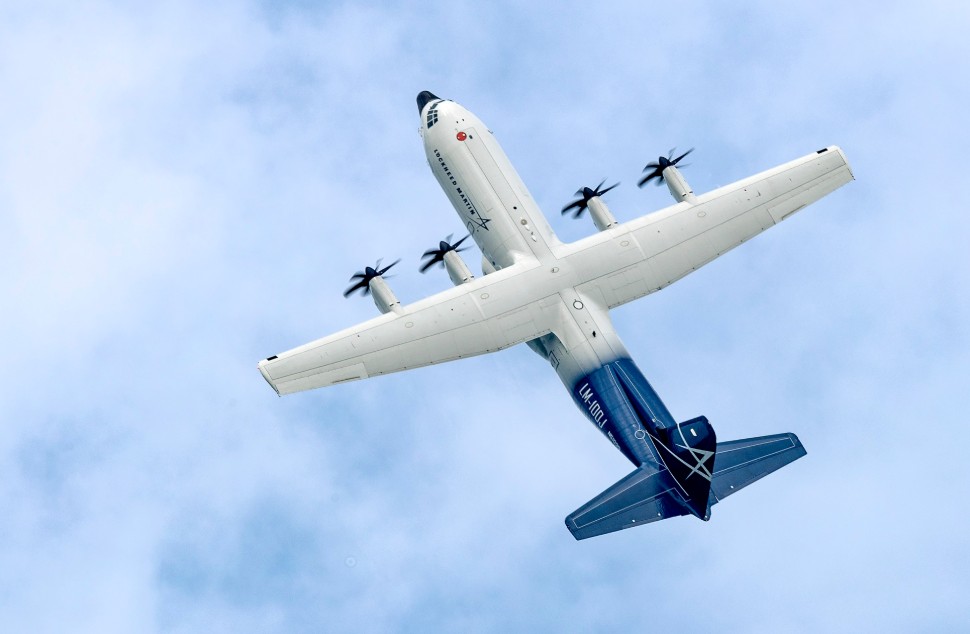 The LM-100J starred in last year’s Farnborough air show, with the loop performed in the flying display one of the event’s few genuinely head-turning moments.

Lockheed says the aircraft will return to Europe this summer with a planned appearance at June’s Paris event.

Given the shrinking box in which aircraft can display at the big shows – Farnborough is particularly constrained – fast jet routines are particularly curtailed, says Knoblock, but being able to fly “low and slow” plays to the LM-100J’s strengths.

As Jeff Fortner, LM-100J programme manager, notes, however, the LM-100J’s show routine is not designed simply to wow the crowds. “It’s a good demonstration and helps to show our advantages over some other tactical airlifters out there,” he says.

Interestingly, the two aircraft currently being used for the flight-test effort are eventually destined for a customer, including the example that was inverted in the skies above Hampshire.

The C-130J gained its own civil type certificate in 1998, enabling the derivative LM-100J to piggyback on this achievement. Lockheed says that there is 95% commonality between the two aircraft.

Lockheed launched the LM-100J in 2014, performing a first flight of the initial example in May 2017; certification was initially scheduled for 2018.