Nok Air remained in second with 9.6 million domestic seats, which represents just 1% in additional capacity from a year earlier. Thai Lion, in third place with 8.1 million seats, added 28.6% additional domestic seats during the year, putting it within range of surpassing Nok in 2018.

In terms of overall fleet size, Flight Fleets Analyzer shows that Thailand's top six carriers had 252 in-service aircraft as of 1 January 2018, compared with 235 at the beginning of 2017. All of this growth was centred on three carriers. 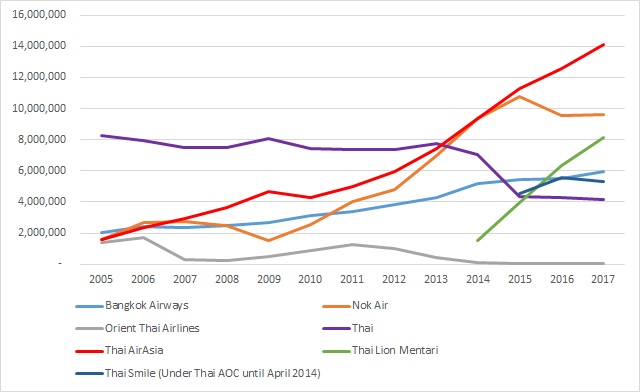 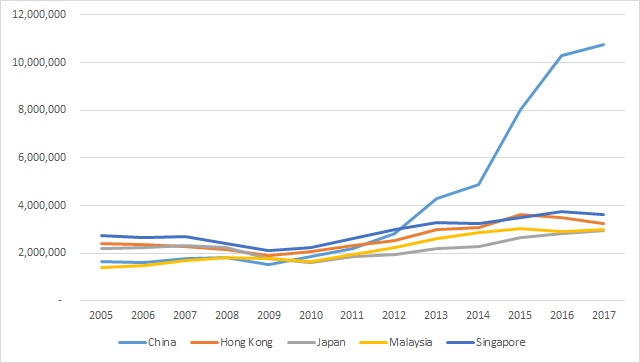 SRS Analyzer shows that one of the key developments in Thailand during 2017 was the development of U-Tapao airport, a naval air station near Bangkok that is seeing increasing commercial use. 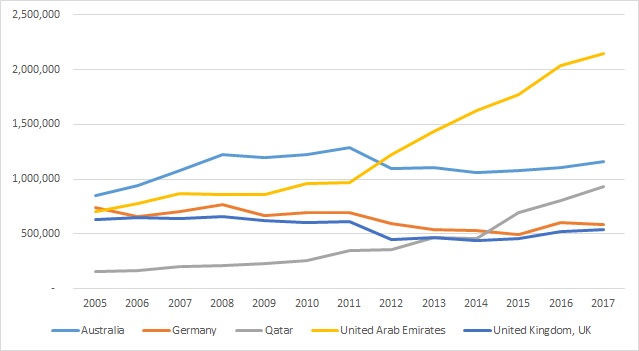 The two biggest operators from U-Tapao are Nok Air and Thai AirAsia. In addition, Chinese carriers such as Hainan Airlines, Donghai Airlines, and Shenzhen Airlines have begun services to the airport.

Bangkok's two main airports also saw capacity growth during the year. Weekly departures from Bangkok Suvarnabhumi rose 5% to 3,414 in January 2018 compared with January 2017, while those at Bangkok Don Mueang rose 2% to 2,513.