ANALYSIS: Why Dassault trusts in abilities – not luck

Although it has a manufacturing presence throughout France, Dassault's headquarters is in the Parisian suburb of Saint-Cloud, its heavy black gates a stone's throw from the river Seine.

Journalists attending the airframer’s annual results press conference have grown used to the event being held on the company's boat, Le Talisman, moored opposite the main office building.

The name is a nod towards Dassault's logo – which features a four-leafed clover inside the stylised outline of an aircraft.

But one could be forgiven for thinking that a reliance on chance is part of the company's DNA: during a discussion on what would happen if there were no more orders for its Falcon business jets or Rafale fighters, chief executive Eric Trappier says the company would be fine as "we trust a lot in luck".

Although Napoleon may once have declared that he "would rather have lucky generals than good ones", there is a sense that Trappier's answer is largely posturing.

In some ways, Dassault is a curiosity: its focus is spread across two unrelated sectors, and it is smaller than its rivals in either space, particularly in fighters.

Balancing the competing needs – as well as the market dynamics – of business and military aviation, allied to a prudent approach, are key to the company's success, it seems, rather than trusting in fate.

As for its modest size – sales were around €5.1 billion ($5.7 billion) in 2018 – Trappier argues that this is actually a major plus point for the company.

"We have a big advantage in Dassault to be a small company – compared to the big ones in the US or even in the UK – small means flexibility," he says.

"We are small but can design a fighter or a business jet from A to Z; nobody else worldwide can do that with this size of company." 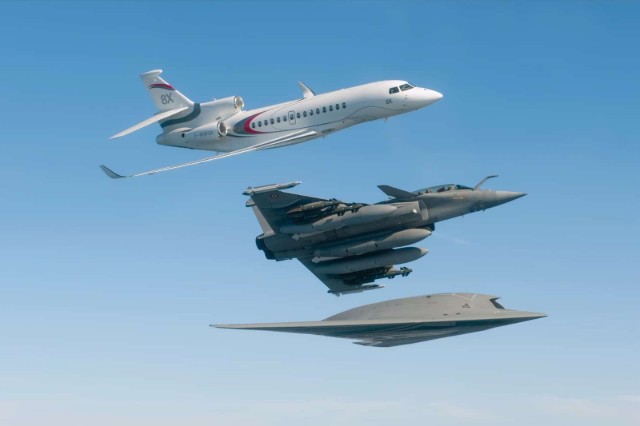 Although last year was tinged with sadness for Dassault with the death of patriarch Serge Dassault – son of company founder Marcel – in financial terms, 2018 was a positive one.

There were also hints last year that both divisions of the business are now pointing in the right direction.

In business aviation, the lingering embarrassment of the 5X – perpetually delayed thanks to its underperforming Silvercrest engines – has been excised, to be replaced with the new 6X programme. In addition, Dassault's finances were boosted by a one-off payment of €241 million in compensation from Safran, the engine's manufacturer.

The 6X is scheduled to enter service in 2022, just five years after its launch. In the meantime, the airframer is gearing up to launch another new business jet, although at this stage it is staying tight-lipped on details such as cabin size or range.

"We are still in a phase where we could change the project. When we are ready, we can start to say something to the market," says Trappier. 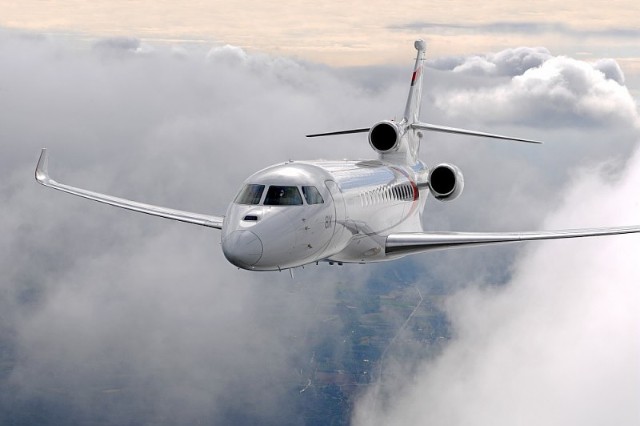 On the military side, Dassault scored further incremental export success, with Qatar exercising an option for 12 additional Rafale fighters, adding to a previous commitment for 24. Egypt has already received 23 of its eventual 24-strong fleet, while deliveries of the first of 36 jets for India will begin by mid-year.

In 2018, the company delivered 12 of the fourth-generation fighters. That figure will more than double this year to 26.

Backlog for the Rafale at year-end stood at 101 aircraft, including a further 28 aircraft for France that will be handed over from 2022.

Trappier is confident that it can secure additional export deals, noting that "nobody expected us to sell to Egypt, not even ourselves".

He believes that the Rafale presents a genuine and more flexible alternative to US-built combat aircraft: "If you buy American, you buy what the Americans want you to buy," he says.

Further out, Dassault is working with Airbus Defence & Space – and engine providers Safran and MTU – to deliver on an initially Franco-German project for a Future Combat Air System (FCAS).

To arrive in around 2040, the system will feature both manned and unmanned assets, with Dassault leading on the former.

The partnership with Germany should help to ease the "disappointment" felt by Trappier that work with the British and BAE Systems on an Anglo-French unmanned combat air vehicle demonstrator has now ended.

While Trappier can guess at some of the reasons for the cessation of that effort – Brexit and finance among them – he suggests that "misunderstandings" between the two countries "when it was really the time to launch" were also a factor.

But now the "political wish and will" of the French and German governments is to work together, he says, where Dassault can use its "more flexible" approach to "maybe challenge the Americans".

There seems little left to chance, in fact. When faced with a question on the daunting nature of the FCAS project, Trappier initially replies flippantly that things will be fine because "we are optimistic".

But seemingly conscious that this may be too glib an answer, he adds: "We do not say we can do things just because we are optimistic, we say that because we can do them."

Le Talisman's gentle rise and fall as it rides the waves from passing river traffic is noticeable – and perhaps a more than apt metaphor for Trappier's approach to keeping Dassault on an even keel.