Two Northern Irish concerns – one a unit of US giant United Technologies and the other owned by China’s state-owned aerospace group AVIC – comprise, along with their supply chains, one of the industry’s most important clusters for aircraft seating. Collins Aerospace in Kilkeel and Thompson Aero Seating in Portadown each employ more than 1,000 people – and increasing demand for Airbus and Boeing aircraft, as well as interior retrofits, are keeping both operations on their toes.

The Kilkeel facility had been part of B/E Aerospace since the early 1990s until the US company’s acquisition by Rockwell Collins in 2016. This year’s mega-merger with United Technologies Aerospace Systems to create Collins Aerospace has meant more new signage. However, initial fears among unions that the takeover could lead to consolidation of Collins’ facilities worldwide appear to have passed, as there is very little overlap in the commercial interiors parts of the two businesses.

The 20,000m2 (215,000ft2) factory makes a range of seats used by more than 60 airlines, from the economy Aspire, Meridian and Pinnacle models to the MiQ, Diamond and Super Diamond business class designs. One of its most prestigious contracts is for the bespoke Q Suite for Qatar Airways. The product – said to be the first business class suite with a double bed, and that allows families of four to sit together – was unveiled last year, and is on the Gulf carrier’s Airbus A350s and Boeing 777s. 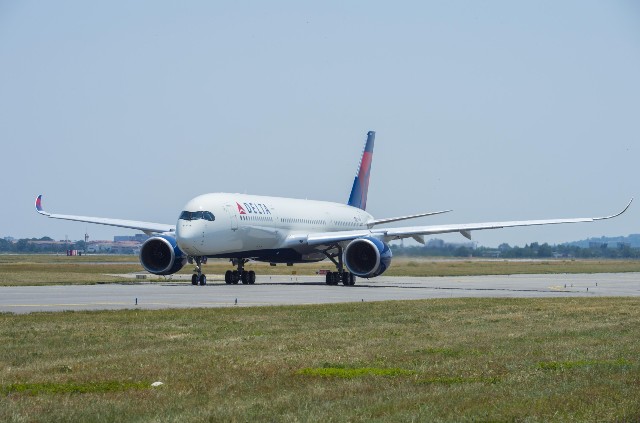 A lot of Thompson seats in there

However, arguably the bigger success story in the province has been Thompson Aero Seating, a company that specialises in business class seats. It came into existence only a decade ago when current chief executive Gary Montgomery, who was running an engineering consultancy after leaving Bombardier, teamed up with former B/E executive James Thompson. He had set up a design agency with the plan of bringing to market his Vantage concept for an overlapping business class seat.

Boosted by interest from Austrian Airlines and Lufthansa, and with backing from a local investor who provided set-up funds in exchange for a controlling interest in the business, the firm began finding a site and securing approvals from the certification authorities for design, manufacturing and maintenance. Backing also came from Invest Northern Ireland. By 2011, production was under way. “It was hard work,” recalls Montgomery. “There were no short cuts and a lot of late nights.”

The young company – which today employs 1,100 staff, including 350 working on research and development projects, across four sites in Portadown and Banbridge – had to size up rapidly in terms of employees. However, the “Northern Ireland diaspora” – locals with a background in aerospace or other branches of engineering who had left for jobs on the mainland or abroad but were keen to come home – ensured there were plenty of recruits, says Montgomery.

Other marquee deals followed, including with Air Canada for a retrofit of its Boeing 777 cabins, and JetBlue for business class seats on its Airbus A321s, Thompson’s first line-fit customer. Swiss was the debut line-fit customer on the 777. Recent deals include the Vantage XL suite – with sliding privacy doors – for Delta Airbus A350s, and a version of the same product for Qantas, Thompson’s launch application on the 787. Other new clients include China Eastern, Philippine Airlines, and TAP.

Although – like most new seat manufacturers – Thompson had to break in via the retrofit market, 80% of its products are now for new aircraft. Montgomery puts the firm’s success down to “customer pull” and the fact it is “an engineering company with short lead times that delivers a reliable and maintenance-friendly product”. He adds: “We got in because airlines were not choosing what was in the [Airbus and Boeing equipment] catalogue. They were saying they wanted a Thompson seat.”

Thompson’s rapid growth – it has a five-year backlog and, with more than 20 seating programmes underway, has closed its order book for the time being – prompted AVIC to move for the company in December 2016. The seating specialist is now part of the Chinese group’s new AVIC Cabin Systems division, which also includes AIM Altitude in Bournemouth and Austria’s FACC. Montgomery is taking on a new role as head of strategy and product with the London-based unit.

Montgomery concedes that Thompson would not have come into being without the support of its initial majority shareholder, but says AVIC has the clout to take the company to its next stage. "They have a 10- to 20-year perspective”, he says. “They liked the intensity they found here, and they see us as a key element of their growth strategy.”

That strategy is likely now to include a move to a new production site as Thompson enters its second decade and gears up for further expansion.