Two partly completed aircraft hangars tower over a plot of land beside the municipal airport in Peterborough, Ontario, an outlying suburb of Toronto.

The soon-to-be-completed structures, each with a 4,600sq m (50,000sq ft) footprint, reflect the next expansion of Flying Colours, a Canadian business jet maintenance, refurbishment and completions provider. Now marking its 30th year, Flying Colours is riding a wave of demand – particularly for completions of new business jets.

Peterborough-based Flying Colours is also on a hiring spree, combing a tight job market for licensed mechanics and craftsmen with the skills needed to build and install luxury business jet cabins.

“Business is good. We are in growth mode,” says Flying Colours executive vice-president of sales and marketing Eric Gillespie. “Right now, we have the throttle down. We are investing a lot of money back into the company.”

Gillespie does not disclose how many of the flagship series aircraft it outfits at Flying Colours.

Bombardier likewise declines to disclose specific figures, but broadly says it passes “just a handful” of aircraft to Flying Colours on an “ad hoc basis”. The firm assists when tight sequencing of deliveries constrain the capacity of Bombardier’s primary in-house finishing shops, it adds.

“We are doing more and more,” Gillespie said during a media briefing in Peterborough on 5 September. “It’s growing to where it makes up half our business now.”

Gillespie declines to disclose Flying Colours’ financial figures but says the remainder of revenue comes from its aftermarket services, which run the gamut of the business aircraft world. 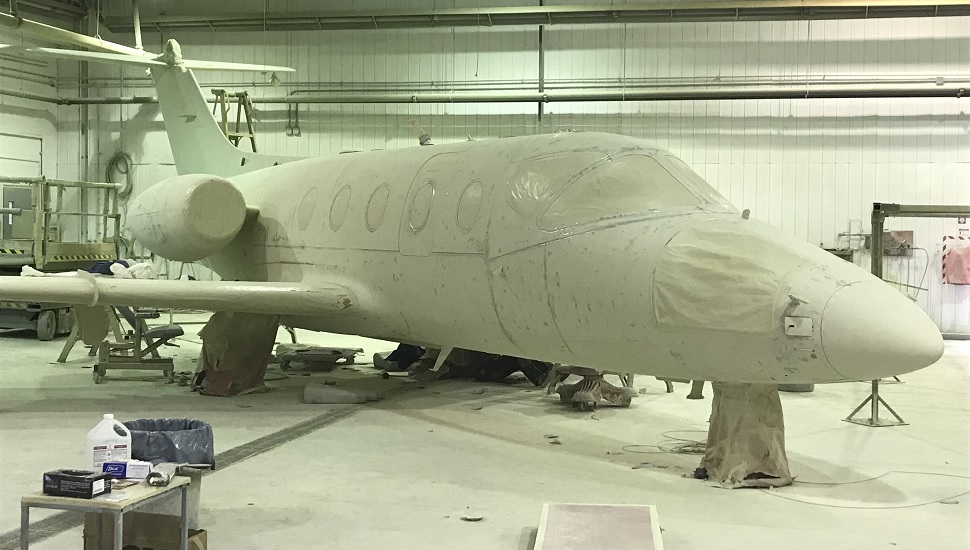 But the company maintains a range of other aircraft, including those made by Airbus, Bell, Embraer, Gulfstream, Nextant Aerospace, Piaggio Aerospace, Pilatus Aircraft, Sikorsky, and Textron Aviation.

The company also refurbishes a range of aircraft cabins. It has a “design room” in Peterborough where customers can review hundreds of samples of leather, fabrics, wood, metals, carpet and flatware.

The company’s global footprint includes about 16,700sq m of shop and hangar space and it employs roughly 500 staff, with 300 in Peterborough, about 260 near St Louis and 25-30 in Singapore, says Gillespie.

His father, chief executive John Gillespie, incorporated the business in 1989. In the early years most projects were 5,000-6,000h jobs involving smaller aircraft such as Cessna 421 piston-twins or Beechcraft 99 and King Air twin-engined turborprops, says Eric Gillespie.

The company logged major expansion starting around 2005, when it launched a programme to convert CRJ200 passenger jets into a luxury business aircraft dubbed the ExecLiner.

Those jobs typically required 25,000-30,000h of work and led Flying Colours to hire another 100 employees, says Gillespie. “The CRJ was the big step.”

It stepped outside Canada in 2009 by acquiring a facility near St Louis, where it now performs completions work and heavy maintenance.

Meanwhile, its relationship with Bombardier has grown closer. In 2015, the company opened an interiors shop in Bombardier’s Singapore service facility.

Flying Colours intended for the Singapore site to perform “light interiors work” and cosmetic repair, but the work has broadened to include full refurbishments of Global cabins, says Paul Dunford, managing director of international operations.

Bombardier now has plans to quadruple the footprint of its Singapore facility. As part of that project Bombardier intends to open a Singapore paint shop, which Dunford says could further boost demand for Flying Colours’ refurbishments.

“Clearly we need to grow to meet the demands,” Dunford says, noting more than 300 Bombardier business jets are based in Asia. “We are hoping to double our [Singapore] head count by the end of next year.”

The company is constructing the two new Peterborough hangers with help from a C$5 million ($3.8 million) loan from the Canadian government’s economic development arm. 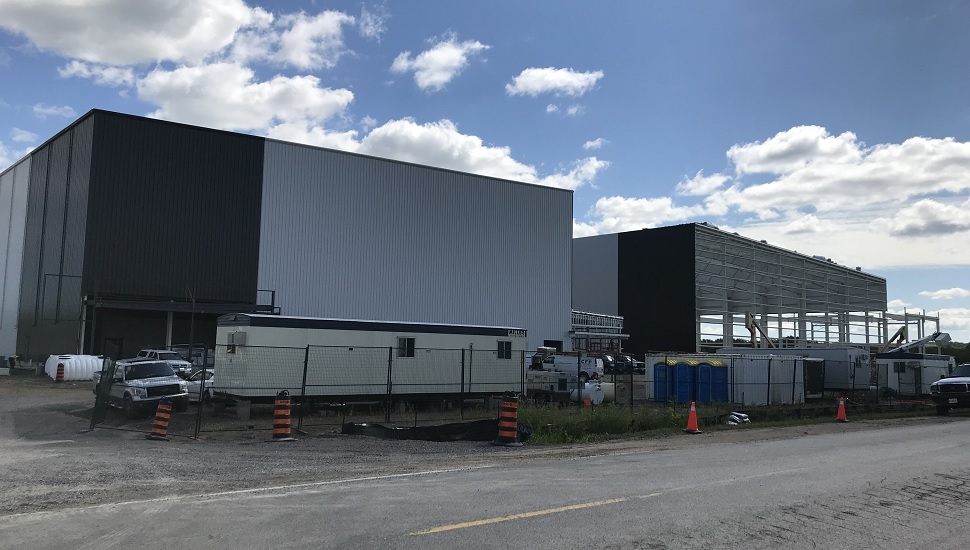 One hangar – a paint shop capable of accommodating narrowbodies such as Boeing 737s – will be completed in October. The other will house a maintenance facility and will open in the first quarter of 2020, Flying Colours says.

“We are investing in more people and facilities,” says Gillespie. “The hangers, they are full. They are overflowing right now. I’m very positive both from the completions side and the aftermarket side.”

Flying Colours is hiring some aircraft mechanics and electrical workers. But its completions business is driving much of the hiring, meaning it needs workers with highly detailed finishing skills or experience in trades like cabinetry or woodworking.

Workers in the automotive, leather and musical instrument industries tend to have the skills needed to hand-construct business jet cabins, says Ross.

“Those skill sets are in such short supply,” he says. “Any hire is challenging.”