Australia has confirmed its acquisition of 58 Lockheed Martin F-35 Joint Strike Fighter aircraft, putting the value of the deal at A$12.4 billion ($11.5 billion).

“Together with the [Boeing F/A-18F] Super Hornet and [EA-18G] Growler electronic warfare aircraft, the F-35 will ensure Australia maintains a regional air combat edge,” says the nation's Department of Defence. “The F-35 will also provide a major boost to the Australian Defence Force’s intelligence, surveillance and reconnaissance capabilities,” it adds.

The cost of the deal includes facilities, weapons and training. About A$1.6 billion will be spent on building support infrastructure at two Royal Australian Air Force bases. 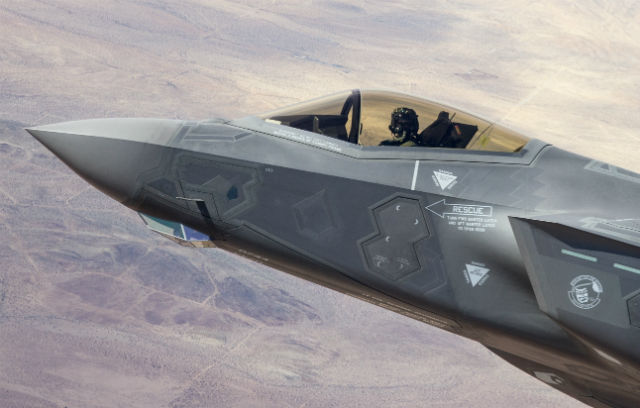 “The Australian defence industry has been awarded over $355 million in work and stands to win well in excess of $1.5 billion in JSF-related production and support work over the life of the programme, creating long-term advanced manufacturing and engineering jobs,” the department adds. "The timing and size of specific orders will depend on the prime manufacturers meeting the agreed cost, schedule and performance requirements, as well as providing a continuing commitment to participation by Australian industry."

Canberra's undertaking follows an earlier order for 14 aircraft in the conventional take-off and landing F-35A configuration.