​Australia gears up for A330 MRTT boom capability

Designated the KC-30A in Australian service, the type has been on the list since February 2010 owing to a number of project delays. Extensive work has been undertaken by Airbus in Spain related to the capability.

“Resolution of this issue completes the remediation of all activities identified in the project’s remediation plan, and accordingly it has been removed from the list,” says Harry Dunstall, the acting chief executive of Australia’s Defence Materiel Organisation.

“Airbus Defence and Space has worked collaboratively with us to address our concerns and I would like to recognise and thank Airbus for their efforts. This is a great example of the effectiveness of the Projects of Concern process in remediating troubled projects.”

The boom capability will be gradually introduced into service throughout 2015. 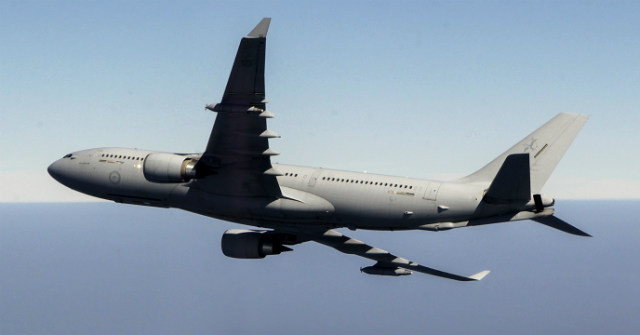 The Royal Australian Air Force operates five KC-30As, and the type has been deployed to the Middle East to support coalition efforts against Islamic State insurgents in Iraq and Syria, where it has refuelled coalition aircraft through the hose-and-drogue method.

By 2023, only 36 RAAF aircraft will still use hose-and-drogue refuelling, its 24 Boeing F/A-18F Super Hornets and 12 EA-18G Growlers. The remaining 100 aircraft in its fleet, including the Lockheed Martin F-35, will require boom refuelling.

This is the reverse of the status quo, as 95 RAAF aircraft use hose-and-drogue for air-to-air refuelling, and 17 use the boom.

In January 2011, the first A330 MRTT due for Australia was involved in an in-flight refuelling training incident that, as Airbus Military put it, caused the aircraft "some limited damage."

The incident saw part of the boom broken off, and minor damage to a Portuguese F-16 fighter, which was involved in the testing programme.