The Boeing EA-18G Growler electronic warfare aircraft has made its air show debut in Royal Australian Air Force livery, as Canberra pitches in funds to develop the next generation jammer.

Two EA-18Gs arrived at Airshow Australia following a transit from the US Navy air station on Whidbey Island, says Australia’s Department of Defence.

“Australia is the only country outside the United States flying the EA-18G Growler and its arrival is a significant leap forward in Australia’s joint electronic warfare capability and introduces a dedicated electronic attack option,” says Payne.

Minister Payne today also announced that Australia will partner with the United States to develop a next-generation radar and radio jammer for the Growler, with an investment of A$250 million ($192 million). 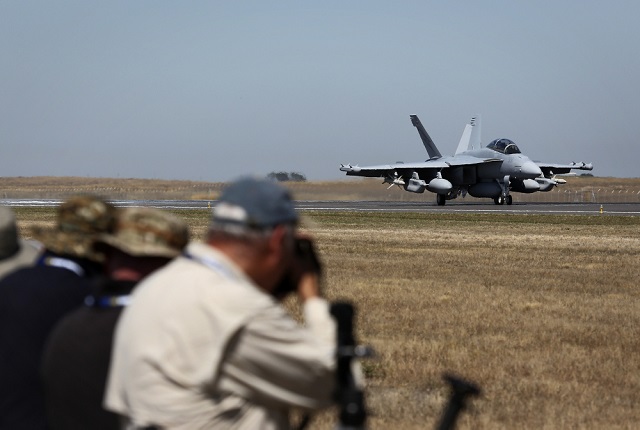