Canadian start-up carrier Jetlines has placed an order with Boeing to purchase five Boeing 737 Max 7 aircraft in a deal worth $438 million at list prices, Boeing announces.

In addition, Jetlines, which has plans to begin ultra-low-cost operations in mid-2015, has options to purchase an addition 16 737 Max aircraft, Boeing says.

"Boeing is proud to partner with Jetlines as it begins a journey to offer low airfares to passengers across Canada," says Boeing’s vice president of North America sales Brad McMullen in a media release. "The 737 Max 7 is perfectly suited to the airline's needs, and we appreciate the confidence Jetlines has in the airplane." 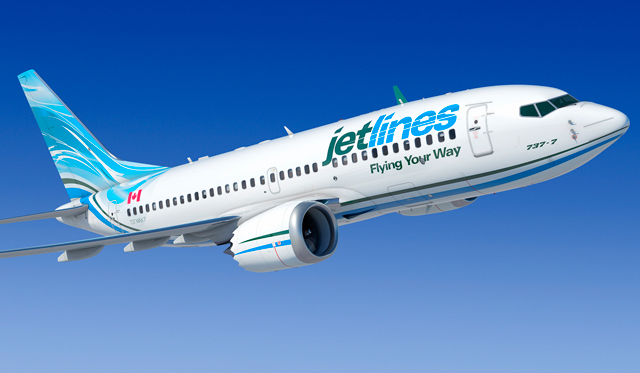 Jetlines chief executive Jim Scott calls the deal “a major milestone for Jetlines” in the release.

The announcement from Boeing follows news in early December that Jetlines’ parent company, Vancouver-based Inovent Capital, had filed with Canada securities regulators to generate C$50 million ($44 million) in funding through an initial public offering of stock.

The company said in securities documents that it plans to begin operations with an initial fleet of seven 737 Classics and to later acquire nine Next Generation 737s and up to 21 737 Max aircraft. Jetlines intends to offer low-fares with a business model that it compares to that of carriers like Spirit Airlines, Allegiant Air, Ryanair and EasyJet.

With the Jetlines deal, Boeing has 2,562 orders for 737 Max aircraft from 55 customers worldwide, the company says.