Airbus Helicopters will deliver the first two upgraded AS365 Panther K2s to the Brazilian army later this month, ahead of operational evaluations by the service.

Assuming the trials prove favourable, a further 32 examples of the medium twin-engined helicopter will be updated to a standard recently agreed with the nation's defence ministry, enabling the type to remain in service for another 25 years.

Work will continue on the upgrade programme until 2021, says Airbus Helicopters, with the enhancements carried out by its Brazilian subsidiary Helibras. 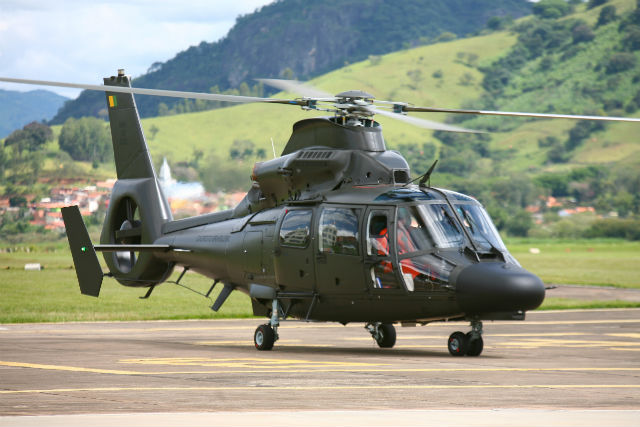 The K2 upgrade of the Panther was developed entirely in Brazil by Helibras, and is the first helicopter to be fully certificated by the country’s Aerospace Technology and Science Department.

Under the R347 million ($147 million) contract the helicopters are fitted with new, more powerful Turbomeca Arriel 2C2CG engines, increasing maximum speed to 175kt (324km/h) from 150kt previously. Other enhancements include a glass cockpit with a four-axis autopilot and night vision goggle-compatibility, a new altimeter and weather radar, communication upgrades and an improved tail rotor.

Helibras believes the upgrade programme is key to its expansion plans, as it enables the company to gain expertise working on high-tech systems.