Anna and Carl Dietrich, co-founders of US-based flying car developer Terrafugia, have departed from the business amid sweeping changes at the company, including the closure of its California research facility.

The husband and wife, along with three other Massachusetts Institute of Technology graduates, set up Terrafugia in 2006. Carl Dietrich was most recently chief technology officer, while Anna Dietrich served as chief commercial officer until 2014. 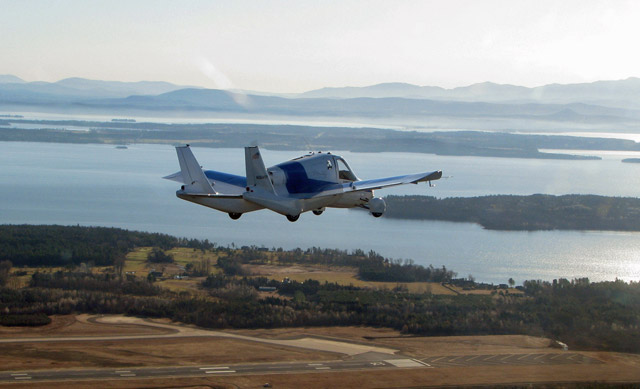 In a message posted on his LinkedIn profile, Dietrich says that "after 13 amazing years with Terrafugia", he has decided to "step away from the company".

However, sources indicate that earlier this year, Geely decided to replace most of Terrafugia's senior leadership team with staff based in China.

That included chief executive Chris Jaran, who has been succeeded by Charlie Jinn, a Comac and Honeywell veteran; Huaibing Wang was also appointed as chief financial officer.

Other US posts axed included back office functions, as well as the certification and business development departments and the research and development facility in Petaluma, California. US-based headcount is falling by around two-thirds to roughly 60 employees.

In April 2018, just five months after its acquisition by Geely, Terrafugia promised it was on course to create 130 new US jobs.

Terrafugia is developing two products at present: the twin-seat Transition – due to arrive this year – and a modular vertical take-off and landing concept called the TF-2.

The latter is an ambitious design that features a hybrid propulsion system powering eight electric motors – six providing vertical lift and another pair for thrust – and which docks with a ground vehicle after landing.

It is unclear whether the changes at the company have altered the timeline of either programme.