The AVIC AG600 amphibian aircraft has made its public debut on the Air Show China static line.

The first prototype of the aircraft was produced by AVIC at a production hall near the show site, and was towed to the static park specifically for the show. 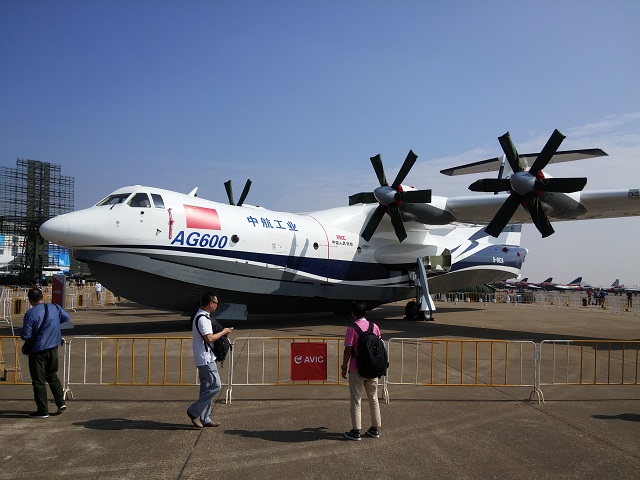 An AVIC official says the first flight is planned for 2017. This is two years after the originally-planned 2015, but there have been developmental delays with the aircraft.

The official also disclosed that the type is powered by locally-produced Dongan WJ-6 turboprops.

He revealed that the AG600 lacks the boundary layer control system found on Japan's Shinmaywa US-2 amphibian. This device, located between the wings, boosts airflow over the wings, thus improving lift. This is especially useful when the aircraft needs to take off from water in high sea states. 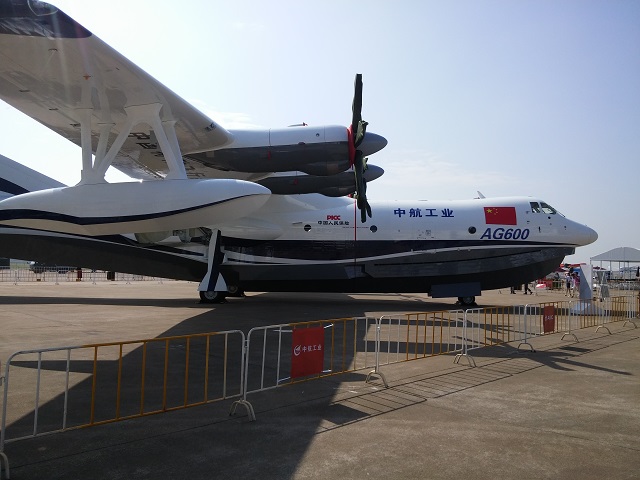 
The AG600 will undertake a range of missions, and its target market is domestic parapublic organizations. It's main functions are search and rescue and transport.

The aircraft can also serve as a water bomber, with a large tank located under the forward half of the aircraft.

The representative says, however, that the aircraft can only perform firefighting duties when no passengers or cargo are aboard.