Bombardier has reiterated its commitment to the stalled Global 8000 business jet and continues to re-evaluate the aircraft's potential performance, but will not commit to any timeline for development.

"We are still exploring options on the 8000. There are a number of items we are working on with an eye on what that would be," says Stephen McCullough, vice-president of engineering and product development for the Global 7500 and 8000.

Although the airframer has insisted for several years that the Global 8000 will still be brought to market, there have been no signs of progress for some time.

McCullough acknowledges that Bombardier has moved away from its original plan of building a "shortened [Global] 7000 with a little bit more range", thanks to the performance increase and rebranding of its sister aircraft.

McCullough says it is "fair comment" to suggest that the Global 8000's specifications will change from their current guise as "taking a bit of cabin out for 200 extra nautical miles is not intuitively something that would be a differentiator." 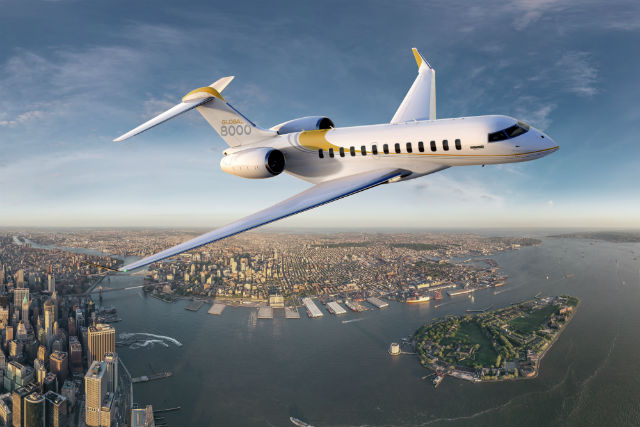 Despite the long hiatus, McCullough insists that activity on the Global 8000 is picking up: "We are really seeing a lot of work going into that this year, but an external decision or launch? I'm not sure. We need to see where it fits in on our whole portfolio. But trust me, we are active on it.

"I can certainly say that in the last month, I have had numerous meetings on what the options are, what it could be and what it could look like."

McCullough maintains that the airframer's current priority is ensuring the smooth ramp-up and service entry for the Global 7500. Deliveries of the $72.8 million jet began last December.

Once customers are flying in that jet they can "tell us what they want from the next generation", he says.