Bombardier continues to study the feasibility of developing the Global 8000 business jet, but executives express no indication they are any closer to green lighting the long-stalled large-cabin jet programme.

“I think the 8000 is something we are still assessing. We will continue to assess what the market needs,” Bombardier chief executive Eric Martel said on 5 August when asked about the status of the Global 8000, a programme that has been in limbo for several years. 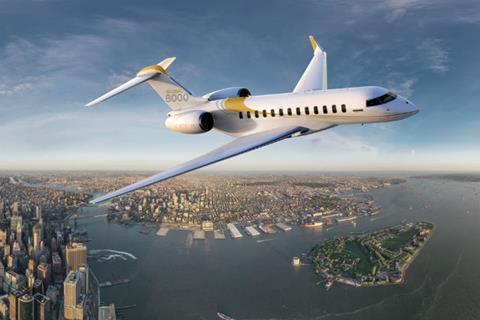 Bombardier developed the Global 7000 first and has not seemed to progress with the Global 8000.

He does not comment further. But although Bombardier’s financial performance has improved markedly in recent quarters, Martel says the pandemic continues to pose risks.

“There is still a lot of uncertainty out there, with what is happening with the pandemic,” he says.