Dassault is confident its Falcon 6X will enter service in line with its revised target of mid-2023 as certification testing of the ultra-wide-cabin business jet wraps up.

Speaking during a pre-NBAA press conference this morning, Dassault chief executive Eric Trappier said the Falcon 6X was now “in the final phase of certification” with pilots from the European and US regulators flying the twinjet. Validation is set for early 2023, he adds. 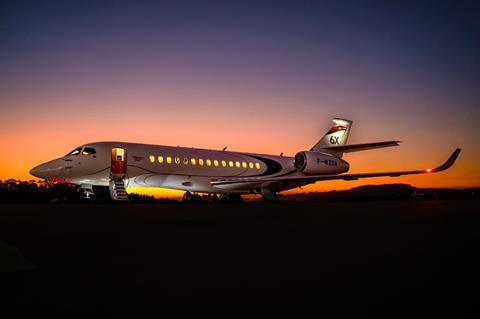 Canadian and European certification has also been obtained for the Falcon 6X’s Pratt & Whitney Canada PW812D engines, with Federal Aviation Administration approval “pending”, says Carlos Brana, executive vice-president civil aircraft at Dassault. “They hope to have it before the end of the month – P&WC are working intensively on that matter.”

Despite the continuing difficulties in the supply chain - issues that prompted the airframer earlier this year to push back the jet’s service entry - Brana believes the revised target will be hit.

“The schedule is tense, but we are working on it so we are quite confident.”

Dassault is now assembling the 19th Falcon 6X at its facility in Merignac near Bordeaux, France, while three examples are at its completion centre in Little Rock, Arkansas, with a fourth to be inducted “very soon”, says Brana.

A single Falcon 6X (F-WZOA) – the first production aircraft – is on the NBAA static display, a show debut.

Earlier this year a sister jet (F-WAVE) completed a world tour intended to prove the performance of the jet’s systems and its cabin comfort. 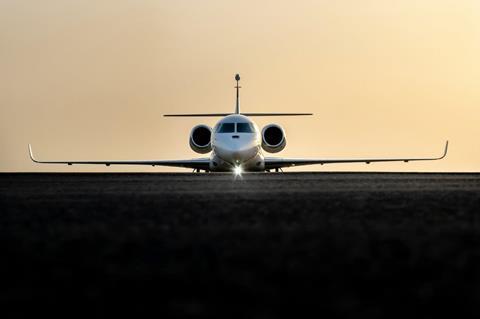 Running from May until late July, the tour comprised 50 flights across a total of 50,000nm (92,600km) and 150 flight hours. The longest sortie covered 5,150nm, says Brana, with the jet landing with sufficient reserves available to hit the type’s 5,500nm range target.

Meanwhile, assembly of long-lead items for the ultra-long-range Falcon 10X is under way, with assembly of the forward fuselage “beginning before the end of the year,” says Trappier, while the first composite wing is undergoing fatigue and static testing.

Engine supplier Rolls-Royce is also gearing up for the first ground run of the Pearl 10X complete with its nacelle and other equipment before year-end; flight tests aboard the manufacturer’s Boeing 747 testbed will take place next year.

Additionally, Dassault has set up a series of test benches across its network of facilities, including those for flight simulation (Saint-Cloud), air conditioning (Merignac) and two multi-system integration benches (Istres).

“They are all up and running,” says Trappier. “If we evaluate system maturity on the ground that translates into maturity at fight testing,” he says.