The company filed the paperwork on with the US Securities and Exchange Commission on 31 October, as it focuses on rolling out autonomous air taxi service trials. 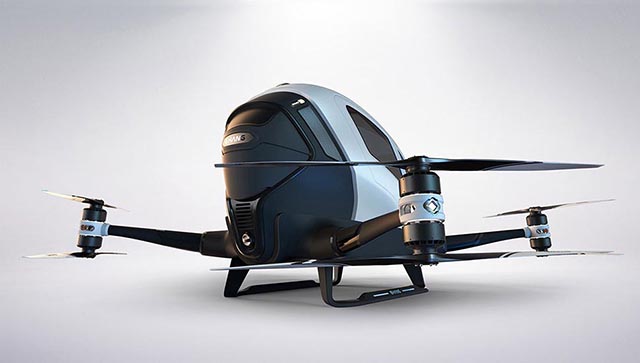 In August, EHang announced that it is working with the Guangzhou government in a pilot programme to use the city as global testbed for its one-seat 184 and two-seat 216 automonous urban air mobility designs. As part of the programme, EHang is also planning to test passenger flight routes and vertiports before it moves to commercial passenger operations.

According to its Nasdaq filing, the company has since 2018 delivered 38 passenger-grade autonomous air vehicles (AAVs) for testing, training and demonstration purposes. It also discloses that it has 28 unfilled orders to date.

For the year ended 31 December 2018, the company made an operating loss of $10.8 million, down from the previous full-year loss of $17.9 million. Its financial disclosures show that it has remained in the red for the first half of this year, with operating losses at $5.5 million, about 42% higher than the same period a year ago.

EHang touts its “first-mover advantage” and pioneer status in the AAV market and reiterates claims that urban air mobility is “an emerging form of air transportation”.

It states in its prospectus that it intends to grow the business through a few key strategies, such as expanding technological development and manufacturing capabilities, exploring new revenue streams, as well as pursuing partnerships in production and technology.

China will remain its core market, but it has not ruled out others. “We expect China to be the world’s largest… market in the foreseeable future, and as such it is our primary focus. At the same time, we plan to co-operate with strategic partners or serve customers in other jurisdictions, such as the USA and Europe,” EHang says.