ESPN broke the news on 8 August, reporting that the Patriots chose to acquire aircraft in response to increases in the cost of chartering aircraft.

The Patriots confirmed the acquisition to FlightGlobal, but declined to answer questions about whether the team will operate the aircraft or hire an outside provider.

The 767s are owned by a company called Team 125 Inc, operated by the New England Patriots LLC and financed by Kraft Group, a company led by Patriots owner Robert Kraft, Fleets Analyzer shows.

The 767s have market value of about $5.5 million, according to Fleets Analyzer.

The tweet includes the text "New airkrafts" in an apparent nod to owner Kraft. 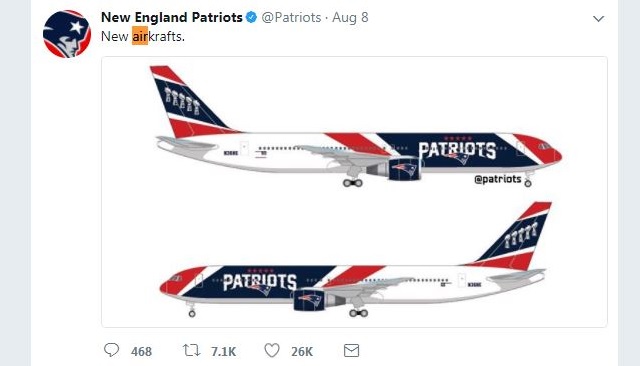 The aircraft will be configured in an all-first class configuration and will operate out of TF Green airport near Providence, according to ESPN.

That airport is about 50km from the Patriot's home field of Gillette Stadium, which is in Foxboro, Massachusetts.