A specially adapted Gulfstream G550 is set to enter the next phase of its preparation before assuming range telemetry duties for the US Navy in California early in the next decade.

Detailing the programme's status on 6 September, the US Naval Air Systems Command (NAVAIR) confirmed that the modified business jet was delivered to its Point Mugu test site on 30 July. 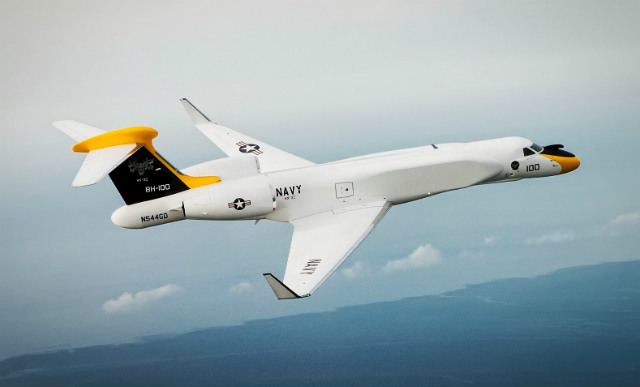 Already sporting the markings of its VX-30 Air Test and Evaluation Squadron and the registration BH-100, the twinjet has the same structural modifications as the Israel Aerospace Industries' airborne early warning and control system adaptation of the Gulfstream type.

"The aircraft's AEW structural modifications allow room for installation of a telemetry system and additional equipment to support future missions," NAVAIR says. "From here, the Phase II integrator, Raytheon, will receive the G550 as government-furnished property and will develop, procure and integrate systems that will give the aircraft a multirole capability in telemetry data collection, range safety and surveillance and communications relay."

NAVAIR ordered the adapted G550 in March 2016, with the acquisition and modification programme then valued at $91.9 million. Initial operational capability is scheduled by August 2021, the command says, with its new asset to replace an aged Lockheed NP-3D currently operated by the VX-30 unit.