The two-minute flight was operated by the Volocopter 2X prototype and covered a distance of about 1.5km. It marks the last stage of tests to verify and validate Volocopter’s ability to fly over Singapore’s Marina Bay area.

In the lead-up to the first manned flight, Volocopter says the 2X aircraft underwent testing in Germany, before undergoing another series of flight tests at Singapore’s Seletar Airport. 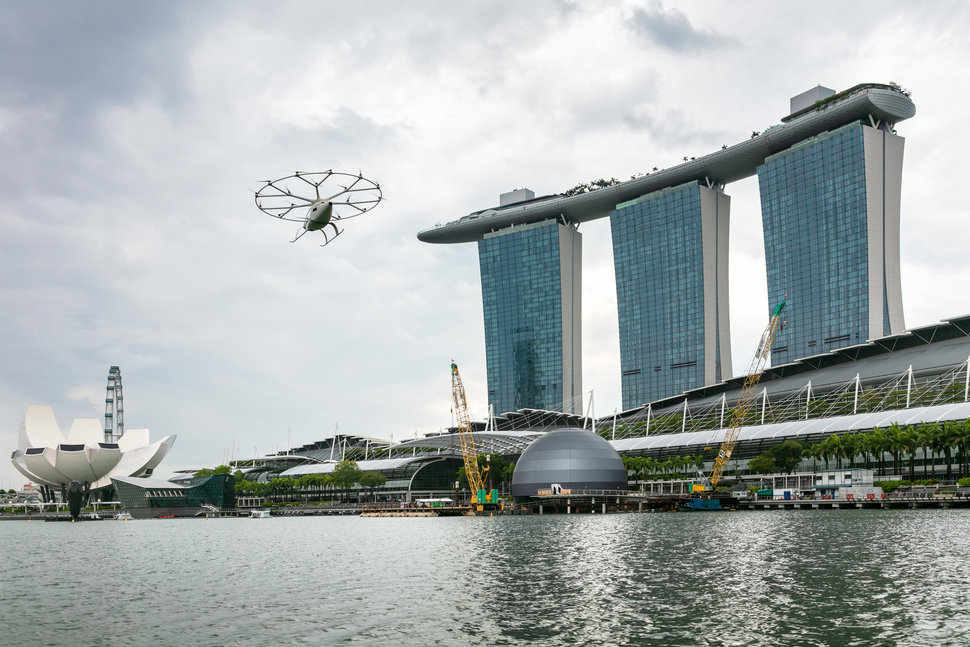 The German urban air mobility company also constructed a prototype of the VoloPort, in which it is collaborating with UK ground infrastructure developer Skyports.

The VoloPort has been described as “the world’s first vertiport for electric vertical take-off and landing [eVTOL] aircraft”. Volocopter adds that the VoloPorts “are the only physical infrastructure required for air taxis and they are one important step to commencing operations in cities”. 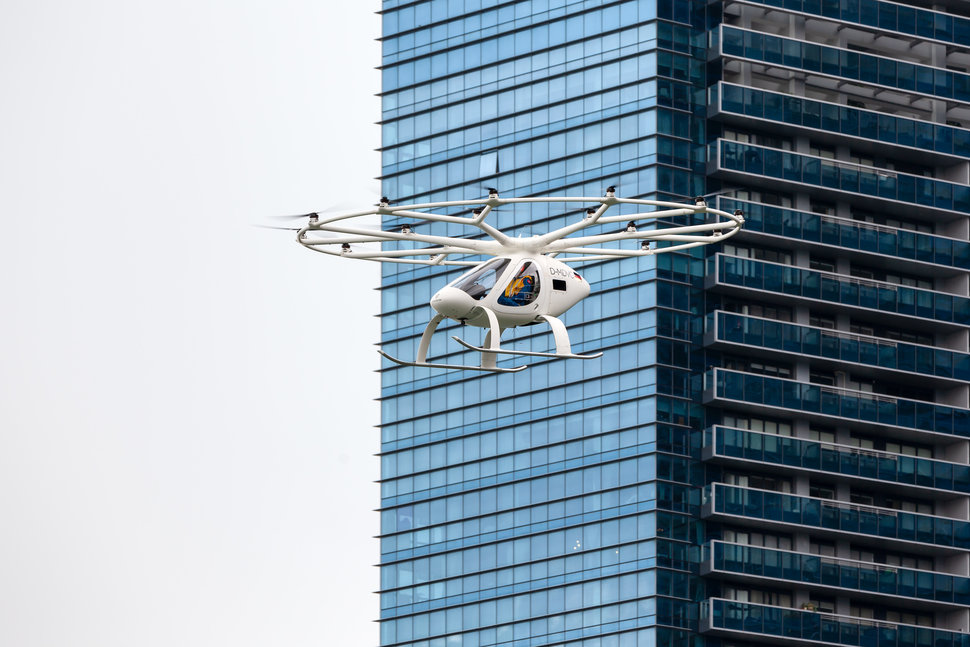 Volocopter and Skyports are working together to launch commercial air taxi services by 2022 using the latest version of its two-seat air taxi, dubbed VoloCity.