Airbus Defence & Space has moved a step closer to securing an Indian contract for 56 C295W medium transports, with in-country flight trials of the type having been completed.

“The C295W programme is progressing smoothly and we have successfully completed the field evaluation trial of the aircraft in India, as well as the maintenance evaluation,” the company confirms. While declining to provide specifics of the programme's current status, it adds: “The acquisition is progressing well, as per the DPP [defence procurement procedure].”

Several further steps need to be taken as part of India’s labyrinthine and notoriously time-consuming defence procurement system, before a formal contract can be signed. The Defence Acquisition Council – which is led by defence minister Manohar Parrikar – gave its go-ahead for the programme in May 2015, having deferred a decision six months earlier, and the effort to acquire the type has been under way since 2012. 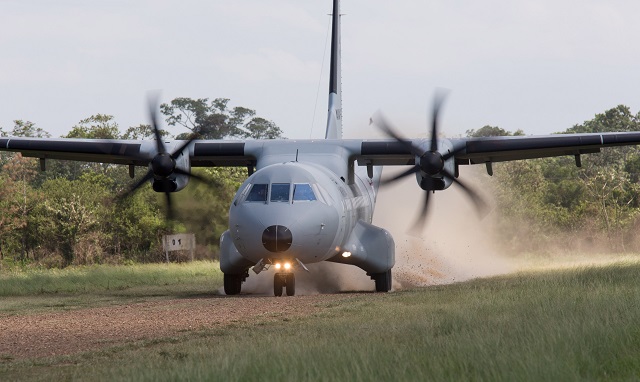 To replace the Indian air force's aged fleet of HS 748s, the C295W acquisition will procure 16 aircraft to be supplied directly in fly-away condition by Airbus Defence & Space, plus 40 to be assembled in India, in partnership with Tata Advanced Systems (TASL), the designated Indian Production Agency.

India’s coastguard has also expressed interest in acquiring the C295W, and received separate briefings about the aircraft. “However, the coastguard requirement, if it materialises, does not currently form part of the aircraft that we propose together with Tata in the context of the Avro replacement,” Airbus Defence & Space has previously confirmed.

The C295W programme is a cornerstone of TASL’s defence manufacturing plans in India. “We hope this will act as an anchor for us to get the type of capability and skillset that can then attract many other programmes,” chief executive Sukaran Singh told FlightGlobal earlier this year. “This will really differentiate us from anyone else in India,” he added.

The baseline aircraft for India will be the new C295W, for which the Mexican navy was the launch customer.