The airline will initially operate 12-times weekly to San Jose, California and four-times weekly to Reno with 50-seat Embraer ERJ-145 aircraft, it says. It will add three-times weekly service to Las Vegas on 15 November. 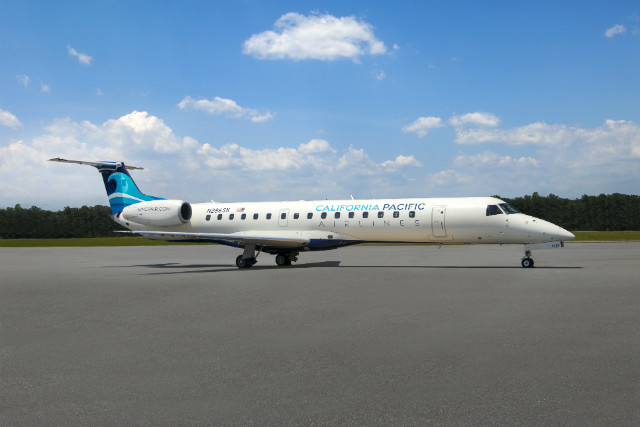 "Today's announcement marks the culmination of a multi-year effort that will bring significant convenience in air travel between San Diego's North County and the top western-region destinations," says Ted Vallas, chairman of California Pacific, in a statement. "Our initial set of cities will address the needs of both business and leisure travelers from nearby McClellan-Palomar airport."

California Pacific will operate flights under the US Federal Aviation Administration operating certificate of Aerodynamics Inc (ADI). The carrier acquired Aerodynamics and its certificate in late 2017, according to reports.

Aerodynamics operates scheduled essential air service routes between Denver and Pierre and Watertown in South Dakota, as well as charters. Its operations will be rebranded under the California Pacific name on 1 September.

California Pacific has been working towards launching scheduled air service since at least 2010. It initially planned to operate Embraer 170 aircraft from Carlsbad to West Coast destinations, but was forced to postpone those plans after the FAA rejected its application for an air operator's certificate multiple times.

The airline says it still plans to acquire E170s in the future.

No airlines offer scheduled air service from Carlsbad, FlightGlobal schedules show. Elite Airways was the last carrier to serve the airport with flights to Las Vegas that operated from September 2017 through April 2018.