Cebu Pacific Air will take full control of Tigerair Philippines after Singapore’s Tiger Airways Holdings agreed to sell its 40% stake in the carrier.

The other 60% of the Philippine unit is owned by local investors. A separate stock exchange statement says that Tiger Airways will receive $7 million in cash for the deal. A proviso adds that Cebu Pacific will obtain none of Tigerair Philippines debt.

The deal is part of a broader strategic alliance between the two carriers, says Tigerair in a media statement.

“Both parties will collaborate commercially and operationally on international and domestic air routes from the Philippines, thereby creating the biggest network of flights to the region,” says Tiger. 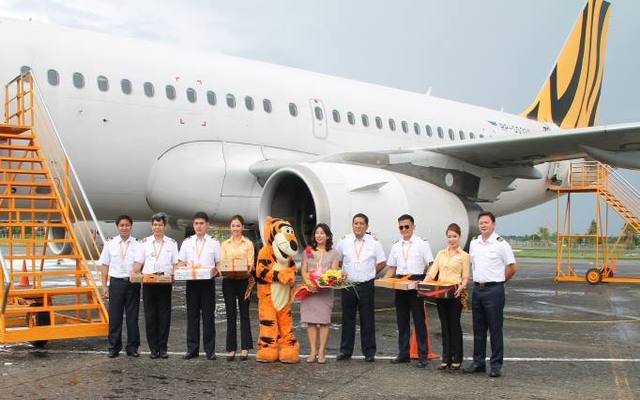 The agreement, which is subject to regulatory approvals, will see Tigerair Philippines continue to operate under the same brand until the completion of the deal. The Tigerair and Cebu Pacific websites will be used to distribute tickets for both carriers.

The announcement comes just two days after Tiger revealed that it was in talks to divest its stake.

In an eight-page stock exchange statement, it says that a failure to divest its Philippine unit (which it owns under the name Southeast Asian Airlines, or “SEAir”) would preclude it fully deriving the “synergistic benefits” from combining the resources of the two carriers.

“The best option forward is to consider the operations of SEAir [which is of much smaller scale than that of Cebu Air] into Cebu Air, and for SEAir to merge with Cebu Air.”

Under the deal, Cebu will gain control of Tigerair’s fleet, which comprises two Airbus A319 aircraft and three A320s. Flightglobal's Ascend Online Fleets database shows that the five aircraft are leased from CIT Aerospace and MC Aviation Partners.

Flightglobal’s FlightMaps Analytics shows that Tigerair Philippines flies to eight cities in the Philippines, and internationally to Singapore, Hong Kong, Phuket and Bangkok.