Japanese remote control helicopter maker Hirobo has unveiled a battery-powered helicopter that is designed for one person.

The HX-1 employs contra-rotating rotors and is equipped with a fly-by-wire control system, says a company spokesman.

It can be flown by the occupant or with a remote control. One application for remote-controlled flight could be the evacuation of individuals from hazardous situations such as burning buildings.

A first flight is planned in early 2013, although limited hover tests have already been conducted on the aircraft.

The HX-1 will have an endurance of 30min and can be recharged with the same equipment used to recharge electric cars. 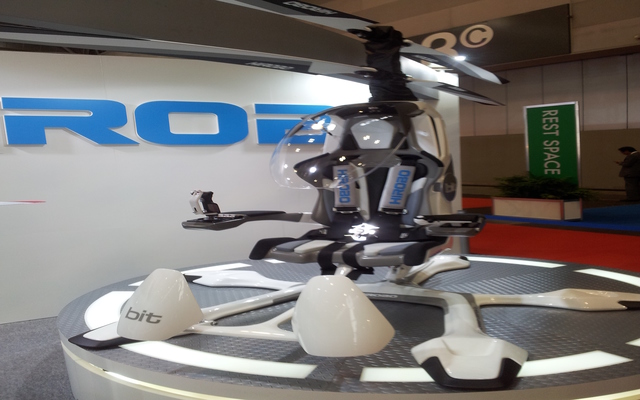