The crew of a Taiwanese army Boeing AH-64E Apache attack helicopter were seriously injured when their aircraft crashed during a training flight on 25 April.

Flightglobal’s Ascend Online advisory service says the aircraft was involved in a forced landing after its crew encountered a loss of power. The rotorcraft came to rest on the roof of building in Taoyuan, with its tail boom appearing to have separated on impact. 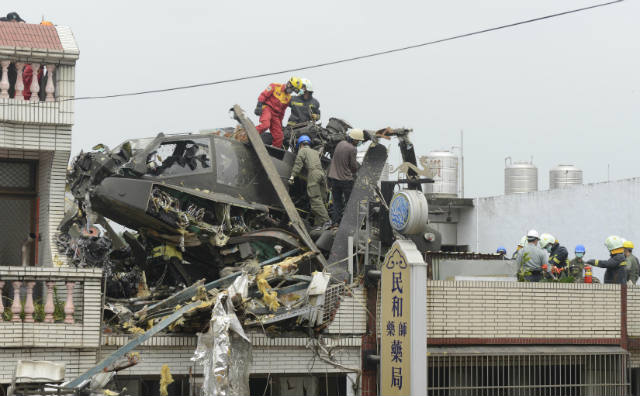 Boeing last December shipped the first six Apaches to Taiwan from a 30-aircraft order signed in June 2011. Ascend – which reports the destroyed aircraft as carrying the registration 808 – says the loss reduces the army’s current active fleet of the type to 17 units.

The mishap represents the first hull loss involving an E-model, or Block III example of the Apache, which is also currently operated by the US Army.