Dassault Aviation and Thales have been awarded a deal to modernise the mission systems of the French navy's 15 Dassault-built Atlantique 2 maritime patrol aircraft, extending the type's operational life into the 2030s.

"The upgrade programme will improve the Atlantique 2's ability to deal with new and emerging threats under all weather conditions, both in strategic deterrence roles and in asymmetric conflicts involving quiet and stealthy submarines, high-speed craft, land vehicles, etc," says the manufacturer. It will allow the aircraft to remain in operational service beyond 2030, it says.

Dassault will develop the core system, which will include LOTI2 mission software developed by French naval systems specialist DCNS. Dassault will also be responsible for subsystems integration and the conversion of a prototype aircraft for flight test activities.

The company says the contract is worth €400 million ($542 million), with work to begin “in the coming weeks”. The programme’s first upgraded ATL2 should be delivered before the end of 2018, with the final aircraft due to be returned to use by the end of 2023. 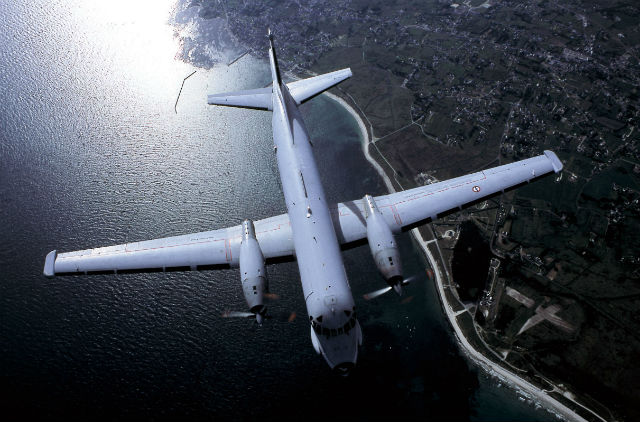 Thales will be in charge of developing the radar, which will use technology originally designed for the Rafale fighter. It will also design a new digital acoustic processing subsystem enabling the Atlantique 2s to detect targets over a wider frequency range, "making it possible to counter new types of threats".

Dassault is already engaged in a separate upgrade programme to boost the French navy's maritime surveillance capability through the conversion of four Falcon 50Bs formerly operated by the nation's governmental transport squadron.

The first of the reconfigured aircraft, now designated the Falcon 50MS, was received by the navy on 6 September. The remaining three aircraft will be delivered by 2015, says the DGA.

To perform search and rescue, fisheries protection and anti-smuggling tasks, the enhanced aircraft are fitted with a Thales Ocean Master radar, observation bays, infrared imaging equipment and an operator console.